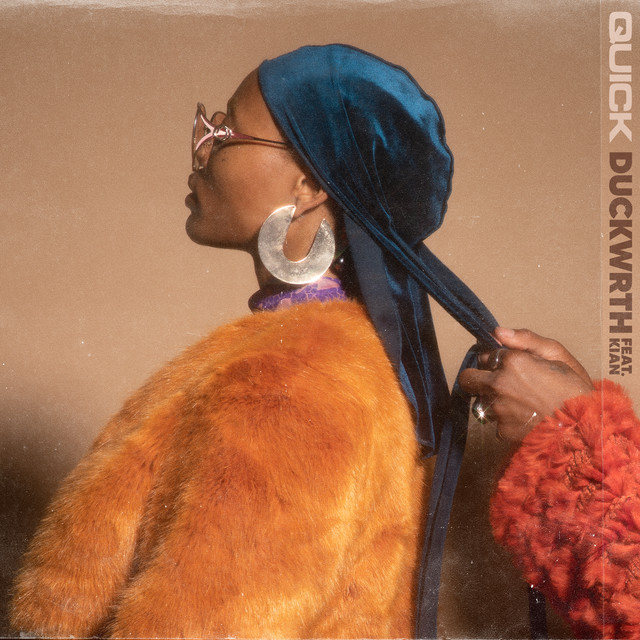 On the track, the friction between a skittering guitar riff, off-kilter beat and smooth harmonies underscore nimble wordplay from Duckwrth before a chantable hook from KIAN. An unpredictable one-two punch of alternative energy, funk spirit and hip-hop fire, it pops off as yet another anthem from this musical maverick.

Of the song, HYPEBEAST also claimed, “The song sees Duckwrth finding his pocket on the bouncy instrumental that you’d normally hear on dance floors throughout the states if it wasn’t for the current era of isolation and quarantine.” Additionally, Variance dubbed it “a dancefloor-ready anthem.”

In other big news, he launched his weekly NTS radio show SuperGood Nights Presented By Duckwrth, featuring guest sets from Louis The Child, Kyle Dion, Channel Tres and more surprise guests coming soon. The show airs every Friday up to August 28th at 8-9 pm PST. Be sure to tune in here.

Earlier this year, he dropped off “Find A Way” feat. Alex Mali, Radio Ahlee, & Bayli. HipHopDX praised its “melodic message of perseverance,” and Brooklyn Vegan described it as “powerful.” HYPEBEAST wrote, “The single serves as an uplifting anthem during these troubling times, featuring lyrics that showcase the artist’s ability to reminisce about the past and see a way forward.” Earmilk put it best, “The single plays as a welcome beam of light during a dark time.”

Over the last five years, LA-based wunderkind Duckwrth has quickly risen up the ranks as a promising star of the future of music. His collection of critically acclaimed projects including Nowhere (2015,) I’m Uugly (2016), Xtra Uugly (2017) and The Falling ManEP (2019), have transcended streaming platforms and landed in films, TV series, and brand ad campaigns and have received critical acclaim from a vast amount of outlets including NPR, The FADER, Complex, XXL and more. This cumulation has led the rapper to become an international touring staple, headlining shows globally and performing at Austin City Limits and opening for superstars Billie Eilish and Anderson .Paak. Duckwrth’s music has appeared on shows like CW’s All American, HBO’s Insecure and Real Time with Bill Maher and his song “Start A Riot” was featured on the Spider-Man: Into the Spider-Verse soundtrack. His music has appeared in campaigns for the likes of Cadillac, Microsoft, Peloton, Amazon and Apple Music, and he’s worked with fashion legacies like Levi’s, Vans and Fila, as well as high fashion men’s suit designer Paul Smith.