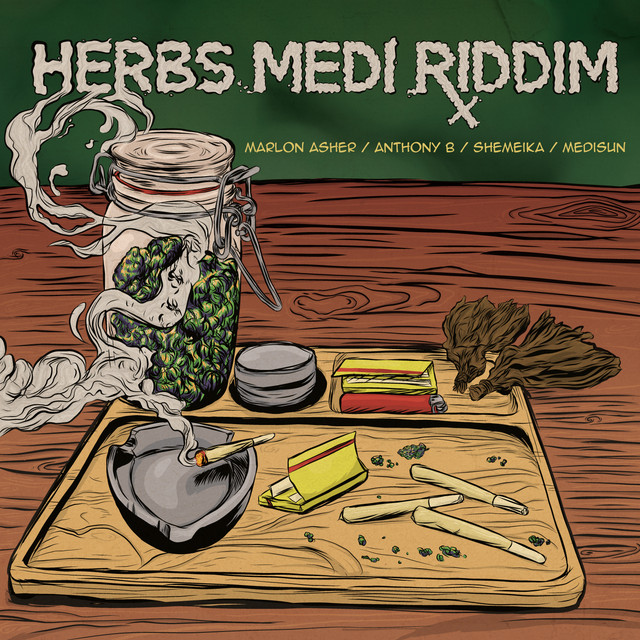 “"Herbs Medication" can attract many Reggae fans, to listen and enjoy every part of it. Starting with an intoxicating rhythm and going on with some positive vocals, the track message is simple and understandable. Its bribing solo makes the difference too!”

The Legendary Reggae Artist from Jamaica - Anthony B teams up with Cali native Sarge OneWise to record this herb "anthem" together at One Wise Studios. "Herbs Medication" is about Anthony's love for the marijuana plant and his daily rituals using this powerful herb. His third verse seals the deal with his creative cadence and message to the world that this herb has gone global!

Reggae singer Anthony B was born Keith Blair in Clarks Town, Jamaica; after performing with church and school choirs throughout his youth, he made his debut as a DJ with the local sound system Shaggy Hi-Power. Relocating to Portmore in 1988, he befriended fellow aspiring DJs including Determine, Mega Banton, and Ricky General, issuing his debut single "The Living Is Hard" in 1993. Teaming with producer Richard "Bello" Bell, Anthony B notched a series of hits including "Repentance Time," "Fire pon Rome," "Rumour," and "Raid di Barn" before releasing his first full-length effort, Real Revolutionary, in 1996. Universal Struggle followed in 1997, with the single "Nah Vote Again" viewed as a key factor in preserving peace at the national elections later that year. In 1999, Anthony B returned with Seven Seals. More Love followed two years later.