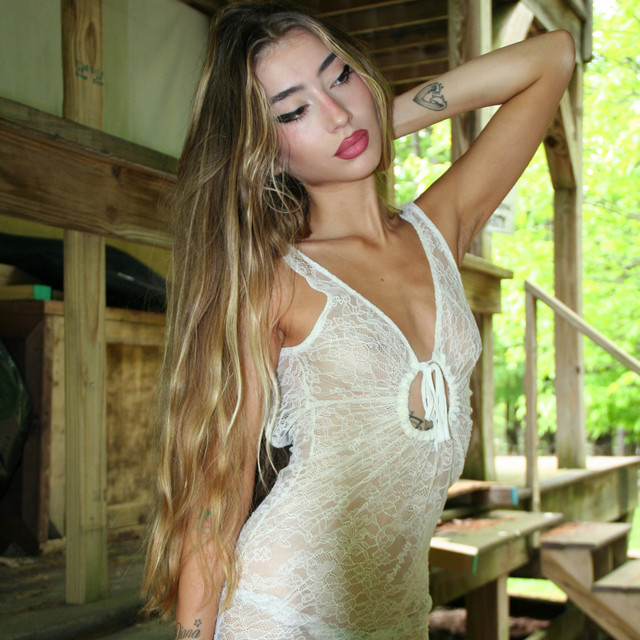 “The track is conceptually thought out, you can hear how -ayla d'Lyla - put her personal experiences in him and if you want to look behind the curtains of her soul, then you have a unique chance. Melancholy Lo-Fi and Indie Pop from a charming singer.” (Automatically Translated with Google Translate)

Inciting images of carefree summer evening drives through back roads in a pickup truck, "Anywhere But Here" radiates the vast versatility of Ayla's songwriting, crafting a lush, sophisticated take on modern alt-pop. Ayla details the song's inspiration, calling it, "A gentle, light song that captures a journey of escapism. 'Anywhere But Here' embodies the feeling of leaving the smoggy city and finding satisfaction in the simplicity of nature."

In support of "MONEY" and her growing catalog, Ayla D'Lyla also played a debut headline show this spring in NYC @ Mercury Lounge. Her first release of 2022, "MONEY" was the follow-up to fall 2021's "Burning Perception," a driving synth-pop track that put Ayla's distinct approach to forward-thinking pop on full display.

Growing up with German and Palestinian roots, Ayla took a keen interest in German pop music from a young age and continues to derive inspiration from its intricacies. A classically-trained vocalist, Ayla has always had a deep admiration for legendary female vocalists such as Nancy Sinatra, Dolly Parton, and Cher. "I could watch these women for hours," she notes, pointing to their captivating beauty and sound as a catalyst for her pursuit of a career in music.

Born and raised in Manhattan, NYC's vibrant arts and music scene drew Ayla in and has inspired a lasting love for the diverse art community the city fosters. After graduating from performing arts school, Ayla released her debut single, "Prince in Blue," a track that marked a transformation in her songwriting. With a keen eye for visual content, Ayla's videos are a world of their own, often executed in collaboration with her sister, Malina Weissman.

Ayla is just getting started, bolstered by a growing online fanbase as well as critical love including support for track "Brittle" from V Magazine. Having already asserted herself among the top rising indie-pop artists, Ayla's aim remains clear: "I like feeling connected to people and I'm able to do this by putting out music."