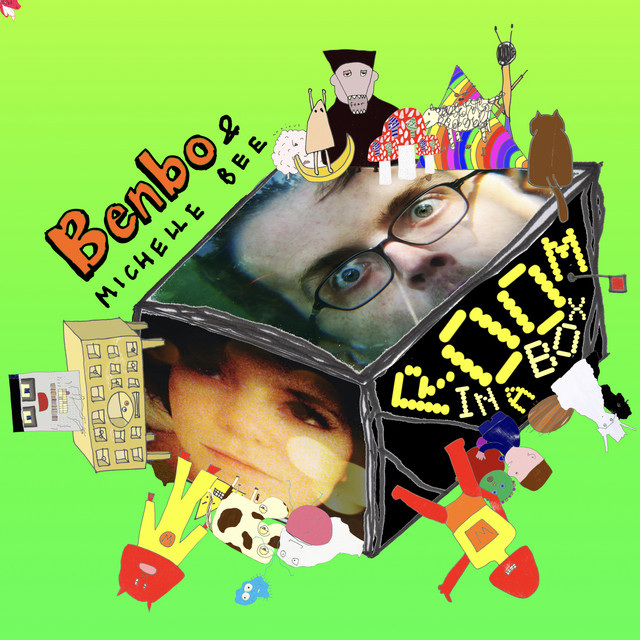 “What is hidden in this room in a box? Benbo and Michelle Bee don't afraid to innovate, stepping outside of usual forma they represent. Giving us in a most beautiful minimal way, a sensual acid house, which becomes dangerous addictive! Try it! ”

Chiefly a producer-writer, able to open creative doors for artists who don't want to compromise, his collaborations have turned up on VICE on HBO (with Neotropic); at Christmas #2 for Cape Town's GHFM (11-week chart run with EJ von LYRIK); pounding from Detroit club speaker stacks while the stage lights up with laser wearables (with Mother Cyborg); and as a Record Store Day Exclusive clear vinyl 10", originally premiered by Gilles Peterson (with Pablo).

But his solo work is kept closest - with an album begun in 2003, signed to Cooking Vinyl in 2009, and briefly released but withdrawn in 2011. Its quality is signalled in the #1 Indie Shuffle Alternative chart placing for 'If You Feel Emotional', mixed by Gordon Raphael, in 2015, and volumes of radio support for 'Gravity Pulls Me Down,' finally completed in 2017 thanks to production by Marta Salogni.

The ultimate accolade, though, must go to 'Sheep On Drugs', which fulfilled a life's ambition by appearing on legendary BBC1 show 'Homes Under The Hammer'.

After disappearing in the wake of his 2017 mini-album EVERYTHING IS FINE, not a peep was heard on any Benbo profile, until a one-liner earlier this year in Popbitch recommended his parody COVID manual HOW TO SURVIVE A PANDEMIC.

Is it real, or is it just absurdist fantasy? Doesn't matter - the creative products and services keep coming.