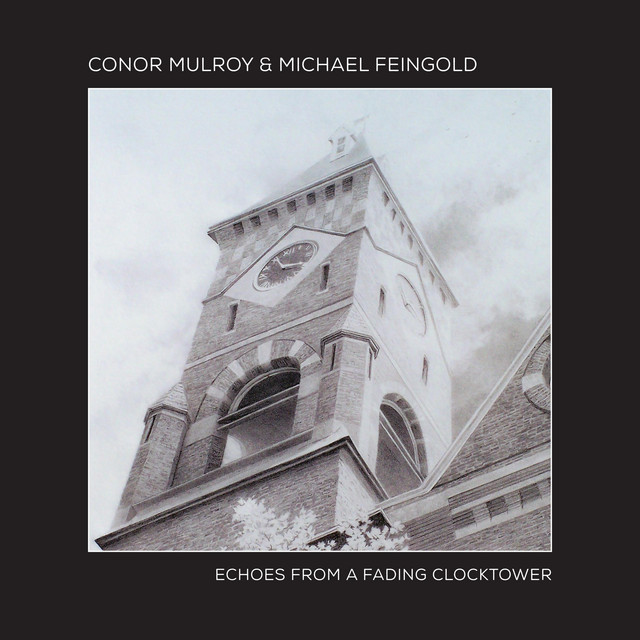 “Conor Mulroy and Michael Feingold presented very cinematic material to their listeners. Deep, thick layers of ambient, hammer piano echo and drone fog around us. A treat for true gourmets!”

In April of 2020 Conor Mulroy and Michael Feingold collaborated to create the album Echoes from A Fading Clocktower. Conor sketched out the music on his piano in Colorado, then created MIDI versions which he sent to Michael in Western Massachusetts. Michael used the MIDI piano reductions to orchestrate the pieces, creating an organic sounding album. Sketches started being created in late March of 2020 while waiting for the approaching pandemic. Michael’s thoughtful arrangements make it hard to believe that sending the music electronically across the country in the form of MIDI computer data was part of the creative process.

Conor Mulroy is a composer whose style covers a wide range of musical influences. He founded Melmac Records in 2015 through which he has released 11 albums. He has a master’s degree in music composition and is currently pursuing a doctorate in music composition at the University of Northern Colorado. As a composer he writes music that draws inspiration from a variety of genres. As a performer he plays electric, classical, and acoustic guitar, mandolin, and banjo.

Michael Feingold is an Orchestrator, guitarist & producer whose work covers a wide variety of genres. He has played guitar for artists such as Bruno Mars, Jay-Z, Erykah Badu, & Kanye West. Currently he is working as lead orchestrator for the video game series “Destiny" by Bungie as well as orchestrating for the upcoming TV series “The Old Man” starring Jeff Bridges.

Conor Mulroy & Michael Feingold have worked together on multiple projects, including 2 singer/songwriter records of Conor’s music, and the orchestration of a 15 minute piece composed by Conor arranged for symphony orchestra. In 2015 Michael orchestrated 3 short vignettes Conor had written, and after 5 years of brainstorming how to approach creating music together again they carefully sculpted Echoes From a Fading Clocktower.