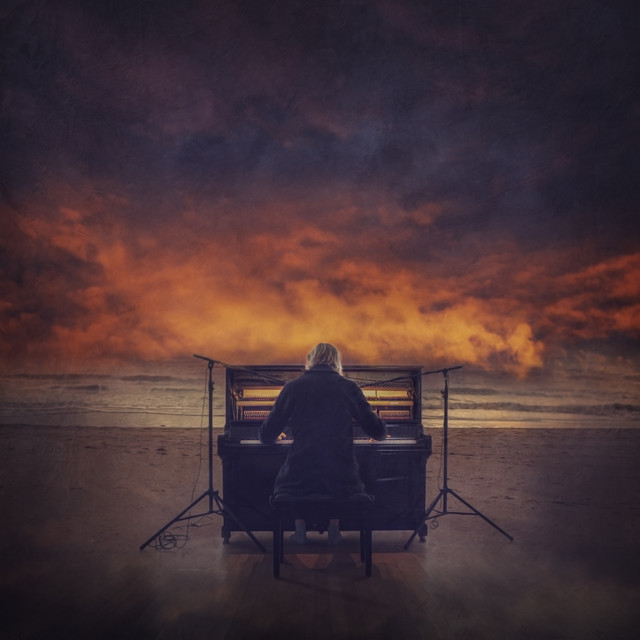 “Beautiful and melodic work in the direction of classical minimalism. -Ambedo- intends to drive his listeners in his splendor. Peaceful harmony and balanced spirit.”

The Dutch pianist and producer Daniël Tomàs (van der Duim) has been one with the piano from an early age on, since his grandmothers piano was situated in the living room from the moment he was born. It was this playful discovery that triggered him to further study jazz/pop piano at the ArtEZ Conservatory, focusing on improvisation. Throughout studying Daniël kept a specific passion for intimate, neo-classical piano pieces and in his master studies he decided to further deepen this sound by combining it with improvisation and electronics, with the help of the acclaimed pianist Jeroen van Vliet.

After studying Daniël mainly worked as musician, composer and producer for multiple pop, jazz and theater projects, like his jazz-trio: Doppler Trio or his productions for singer ELIËN. But the corona pandemic in 2020 forced him to stop performing and allowed him to focus on one of his biggest dreams: recording a successful solo piano record.

For four months in a row he started every morning with recorded improvisations, followed by writing down and organizing ideas on his childhood piano.

It was throughout this proces that he rediscovered the beauty of his childhood piano, being combined with felt before the hammers, which gives it an intimate mood. This led to the decision to fully record the piano in the same room as where he spent almost all of his childhood hours studying, resulting in the album: “Pintures”.

“Pintures” (- French for: “painting” but also meaning piano textures) is about the power of imagination.

Although the music is recorded from an introspective perspective, the effects and vocals are creating a whole new world ‘behind’ the music.

Every song is a new painting, it has its own journey through intimate and distant worlds, but always has the same intimate felt piano keeping you ‘home’ in a certain kind of way.

The titles are meant to create an extra dimension behind the music, creating an ambiance for the mind to wonder. Like the song title Ambedo, which means: “A kind of melancholic trance in which you become completely absorbed in vivid sensory details”.

The music can be described as atmospheric, narrative, neoclassical piano music in combination with etheric voices and droning synthesizers.