Dimitri Vegas & Like Mike, DVBBS, Roy Woods – Too Much (Spotify)

Dimitri Vegas & Like Mike, DVBBS, Roy Woods – Too Much
(Spotify) 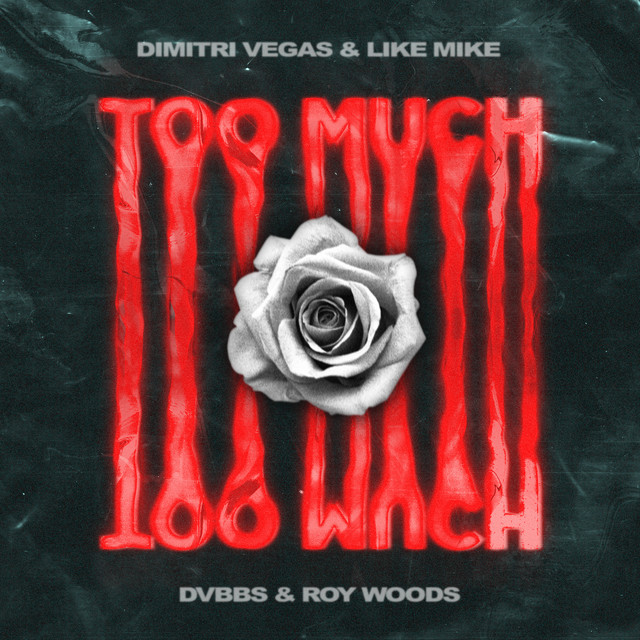 “A remarkable collaboration result is ready for your pleasure. Let the supercool voice guide you through sound vibrations. feel the energy hit your body in every breath and then... play on repeat! No, it won't be too much.”

The combination of Dimitri & Mike with DVBBS has produced a perfectly tailored song for Canadian singer/songwriter Roy Woods to do what he does best. Regarded by NME as a “genre-redefining enigma,” Woods elevates the song with a searing performance of his trademark contemporary R&B style that interlocks sublimely with the deep, house music core sitting at the centre of ‘Too Much.’

Belgian duo Dimitri & Mike continue to push their sound to global audiences, recently headlining at the virtual dance event of the year: Tomorrowland’s New Year’s Eve digital festival. The 2x former World No.1 DJs have built up an impressive body of music over the last few decades. Collaborations with artists like Snoop Dogg, Wiz Khalifa, Ne-Yo, Paris Hilton, and Hans Zimmer have caught the world’s attention, and singles such as ‘Instagram’ with David Guetta, Afro Bros, Daddy Yankee, and Natti Natasha have garnered more than 220 million streams on Spotify. In 2020 the duo released their single ‘Do It’ with Mexican influencer Kimberley Loaiza and producer Azteck, which received over 40 million views on TikTok in the first 24 hours and has since climbed to more than 235 million TikTok views.

DVBBS previously worked with Dimitri & Mike in 2013 on the single ‘Stampede,’ and the Ontario-born siblings have continued to blaze a trail with their style of big room progressive and electro jams with big energy tracks like ‘Tsunami’ and ‘This Is Dirty.’ The brothers also have an array of different sounds with tracks like ‘Not Going Home’ and ‘Tinted Eyes’ with rappers Blackbear and 24kGoldn. Canadian star Roy Woods, known for ‘Drama’ (ft. Drake) from his EP Exis and his hit single ‘Jealousy,’ enters the collaboration with the stand-out quality the singer/songwriter brings to all his music.