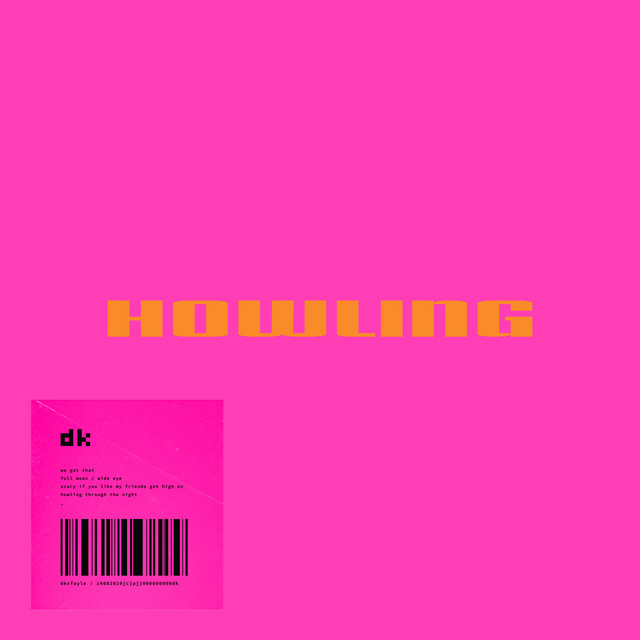 “What really impressed us on first listen with "Howling" from Dutchkid in Ultra Records was the sound design of unique vocal performance and lyrics of Dutchkid which followed in same good way from music layering like singing together, an out of the box pop song, wth diversity, which invites you to check more and more rediscovering more details. Find your next pop addiction here!
”

Dutchkid return with another stylish, slice of alternative electronic pop in ‘Howling’, ahead of their debut album next year. The London-based collective with roots in South Africa, UK and USA remain serious ones to watch after selling out all three, debut headline live shows, with the biggest yet now rescheduled for Friday 11th June 2021 at Oslo (Hackney, London). With nearly 7 million streams and playlist support including New Music Friday (Spotify) and New Artist Spotlight (Apple Music), the buzz around this talented collective is real. ‘Howling’, a perfectly produced, synth-driven tune full of killer hooks will only further enhance Dutchkid’s glowing credentials. Download/stream here: ffm.to/dk-howling.

Dutchkid are more than just a band. They are a collective of songwriters, producers, film-makers and graphic designers, using their combined skills to independently create, record and produce their own music and art. After a fierce flurry of label interest, they signed to US powerhouse, Ultra Music in 2019, and despite the interruption in their burgeoning (sold out) live schedule, are on schedule for a big debut album in 2021. This follows a series of well-received singles on Ultra; ‘Say’, ‘Flight’, and ‘Youth’, which brought them to the attention of radio including BBC Introducing, 5FM (South Africa’s premier pop radio station) and multiple key blogs.

‘Howling’ delivers a stripped back electronic groove guaranteed to get heads nodding. The infectious vocal delivered by both lead vocalists tells the story of a night out with friends gone wrong, running from the cops and having the time of your life.

Dutchkid do things on their own terms, from posting on social media for just one hour a week before deleting the content, to creating their own videos and graphics, to writing and performing their distinctive and unforgettable alternative pop. ‘Howling’ is another sublime track from this talented collective as their fresh, creative approach propels them towards a major breakthrough in the very near future.