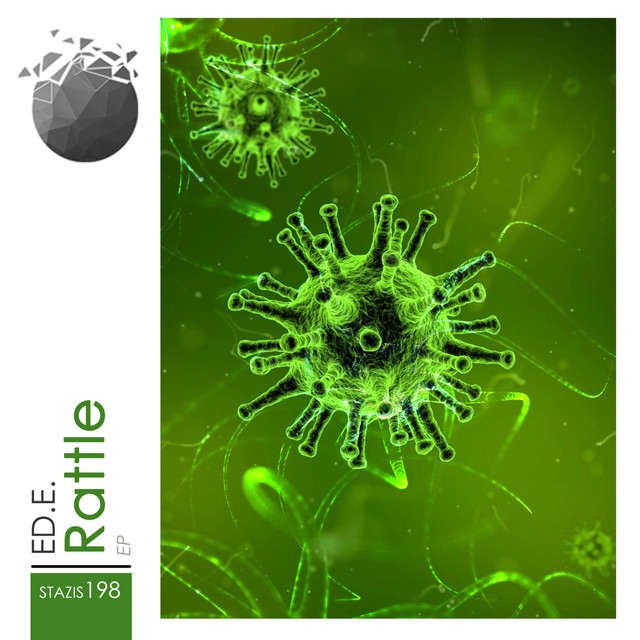 Eddie Edwardson – better known to us as ED.E has been a steady presence on the buzzing underground in recent years on the back of a string of sturdy electronic releases that have been picking up momentum in the scene through an ever-growing listenership and through selective DJs alike.

Leading the two-tracker package is ‘Rattle’ a upfront and bass-heavy Techno workout that shows off ED.E’s production finesse with a flurry of raw and analogue sounding bass synths and hypnotic synths that intertwine with the eerie vocals that lace in-between the melodic elements. On the hefty drops – we are treated to a grinding synth scrape that unleashes a grizzly atmosphere and haunting energy that is predominantly designed to be heard at increased volumes on a system that can properly disperse the crafted sub weight and energy.

On the flip-side ED.E shows off ‘Timeless’ which provides an entrée of sizzling distortion FX and atmospherics over a crunchy kick drum and his signature synth growls to set the scene for another poignant vibe. More euphoric melodies takeover control on the breaks before a thoroughly trippy stack of arpeggios and vocal hits are halted by the return of the hefty bass and kick workout routine that the main body is constructed from.

ED.E once again shows us that he’s a Producer that knows the roots and bones of how to construct professional Techno records and this double package will take a spot alongside a discography that is both impressive and extensive.

‘Rattle’ is out now on Stazis labelled STAZIS198 and makes for a cracking addition to a label that has earned a reputation for showcasing some of the best emerging talents in the scene.