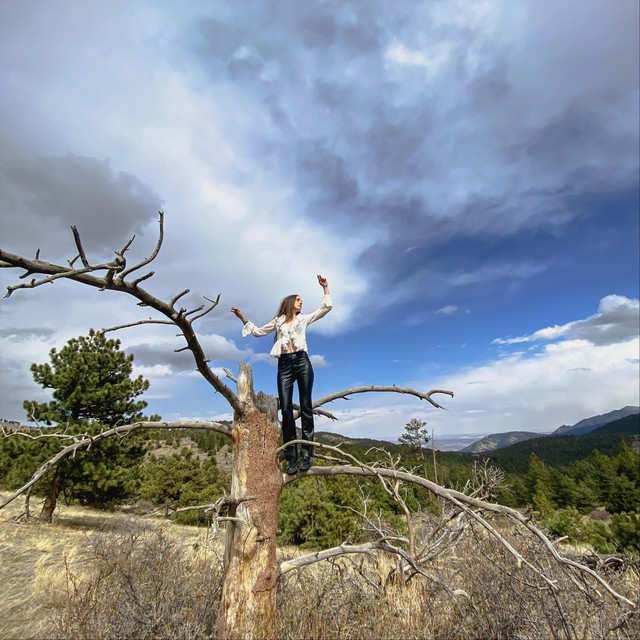 “-Fi SULLIVAN- has a truly extraterrestrial vocal and its impact is too strong to pass by. The chic Indie Electronic, in which rhythmic and melodic minimalism play only a background role, highlighting vocals as a priority.” (Automatically Translated with Google Translate)

Growing up in an urban environment looking west to the Rocky Mountains, Colorado based producer and vocalist Fi Sullivan emerges from augmented and experimental realms, as well as her natural surroundings. Her sound is layered vocals travelling a three octave range mapping subtle bass and pulsing beats - the sweet surreal inspired by the natural world.

‘Shades of Forest’ is a collection of four songs interweaving pop-inspired dreamscapes of lush and ephemeral tones with celestial and chaotic harmonies reminiscent of mountainous ecosystems. With this new music, Fi wants to transport her listeners into a moment of beauty and to take notice of our conversations with the natural world around us...to listen for distillations of the Earth’s sound.

The EP features the already released title single ‘Shades of Forest’ which takes influence from the Canberra bushfires and Colorado forest fires in 2020. She says, “I was there during the tragic bushfires, and had to wear a P2 Haz mask every day, tape my windows and place a wet towel under my door to keep the smoke out. I composed this song while listening for a breath beneath the earth – the energy of roots underground…‘watching the world from under a pine tree.’ The music mirrors the bushfires' growth and movement, and the all-encompassing give and take of fire.”

The second single from the EP ‘Storm Warning’ was written for the sweet moment when you feel magic with the possibility of meeting a new love. The raised pulse, the catch of breath, the spinning mind, electricity in the air - like the entrance of a brewing storm.

The hauntingly sublime ‘West Water’ unravels slowly and patiently - “I played live with an improvising saxophone friend and also used “The Cave” vocal patch in Max MSP. The lyrics came later, from a time rafting in Utah down the Westwater Canyon. I was thinking of the sandstone tower evolution”, she says.

Finally, ‘Dream Star’ is a song for our current layer in time – a song for dreaming big and remembering we can always find hope in moments of uncertainty when we believe in the beauty of our dreams.

Fi started recording and collecting sounds and images for ‘Shades of Forest’ while she was researching human vocal continuity at the intersection of music and technology around the world as a Thomas J. Watson Fellow 2019-2020. During this time, she lived in many different forests – urban, rural, frozen, rock, tropical – throughout Germany, Austria, Iceland, Greenland, Ireland, the Netherlands, Australia, and Argentina.

When COVID escalated and she had to return home early to Colorado, she would spend time in the coniferous woodlands of the Rocky Mountains, thinking about the different forests she had walked the previous year. “Shades of Forest is an EP for the forest I wander in my dreams, the existing trees I hope never vanish. All my compositions start with mind mapping and a sound, the imagination and visualisation of the sounds I physically and mentally gather — all living, layering and interacting with the natural environment and humans in new worlds, their own worlds. My songs start with a dream scene that appears in my mind, either before or while I’m playing guitar or jamming in Ableton on my computer. I usually find the chorus or main dance moment first, then the vocals and lyrics come intermittently in waves as I try to describe my soundscape and feelings. I usually enter a feverish flow of creative energy while songwriting and producing; it’s hard for me to pull away.”

Always wandering with her sketchbook and microphone in hand, Fi gathered a collage of personal prose and field recordings from her changing environments–seeds for lyrical lines and sonic textures. The spectrum of microclimates and biomes Fi experienced spanning the tundra to the savanna inspired her soundscapes to grow into new spheres of dreamy biomorphism - amplifying her electronic sound strata influenced by classical and jazz.

Following Fall 2021 performances at Westword Music Showcase, TEDx MileHigh, Fi recently performed at Bonnaroo, headlining The Beyond and played a headline show at Denver’s iconic Globe Hall to celebrate the launch of her EP. The beginning of 2022 has been exciting for the artist with performances at Sofar Sounds NYC, Miami, and Denver. Fi recently opened for German techno marching band MEUTE at AEG’s Gothic Theatre to a sold out 1100 person show and LA based indie electronic duo Forester at Globe Hall.

Fi Sullivan’s debut EP ‘Shades of Forest’ is out now.