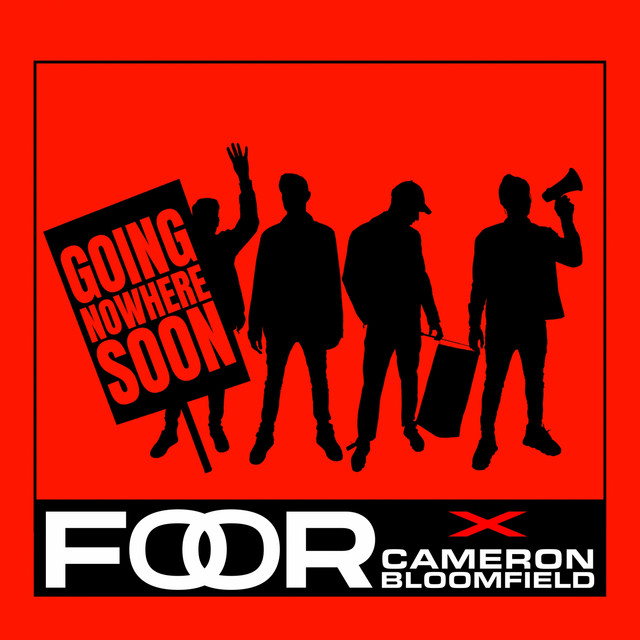 “The Drum & Bass sound as it should be. Pure, fast electronic loops ready to fill the air with vibrating waves. That's all? Certainly not! This time two projects joined forces to bring some joyful lyrics in first view.”

FooR’s ‘Going Nowhere Soon’ (feat. Cameron Bloomfield) bears all the hallmarks of being the band’s biggest single to date. Released 19 March, ‘Going Nowhere Soon’ is the first release on their new FooRge Music label, and follows the Warner Music-signed FooR x Majestic X Dread MC’s ‘Fresh’, which earned huge support from Radio 1, Kiss, Capital Dance, and beyond, and was chosen for the Coors Light TV ad campaign (which will now run for another full year).

Drum and Bass are locked in for the premiere as the release drops in March, and you can expect to hear ‘Going Nowhere Soon’ across this summer (and far beyond) as clubs and events finally return.

FooR will release their debut album later in 2020. Hard at work pre and during covid, writing new material and planning their new live tour, the band recently helmed a Top 10, iTunes Hip Hop Chart Arts Council-funded album project, highlighting rising talent from their home town of Southampton; a city that looms large in their lives. A large local following pack out their Solent shows and festival tents at IOW and Common People, the band have organised events and open mic nights for Southampton youth, and are prominent in the city’s bid for City Of Culture 2025.

Forthcoming tour dates include the Isle Of Wight Festival, BoomTown, Summer Break: Amsterdam, Inside Out Fest Amsterdam, and an Australian tour.