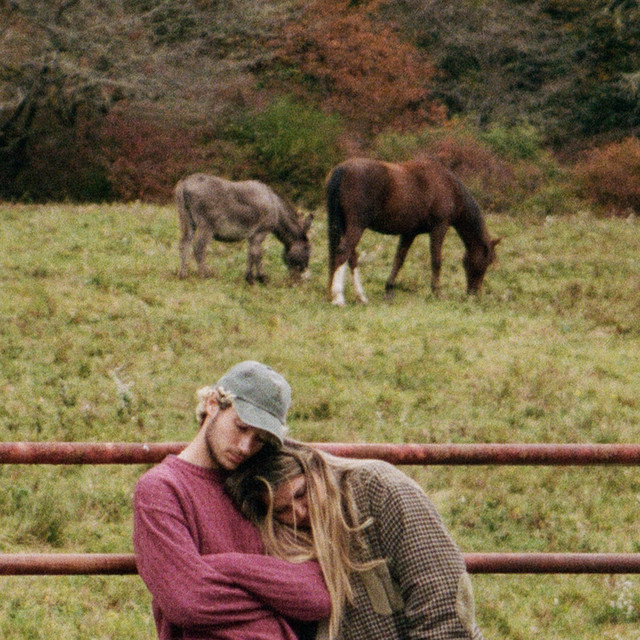 “When two hearts are joined, entire universes are born and when born duo, the world is filled with the aroma of sound vibrations. Jeremy Zucker and Chelsea Cutler - it's a bunch of feelings and emotions.”

On the release of brent ii, Jeremy says, “for chelsea and i making ‘brent ii’ was an important reminder of why we love making music, especially during such a difficult year. it has been almost 2 years since this first ep, and i think that project really set a standard for us and our fans. i’m extremely proud of ‘brent ii’ and think it shows fans a lot of personal and artistic growth from both of us, while keeping things in the same world we created with ‘brent’. i’m so incredibly proud of the 5 new songs that became ‘brent ii’.”

Chelsea chimes in saying, “making ‘brent ii’ was so special for jeremy and i because we knew exactly what we wanted to accomplish heading upstate new york for this project. ‘brent ii’ feels like a warm hug, and we hope it gives listeners comfort during this tumultuous year. we’re so proud of it and can’t wait to share it with the world.”

To celebrate the release, they will make their television debut performance of the recently released single, “this is how you fall in love,” on NBC’s TODAY this morning at 9:00am ET—be sure to tune in. The harmonious and heartfelt duet has already gathered nearly 8 million Spotify streams and over 1 million YouTube views on the music video.

The five-song brent ii collection hinges on the inimitable collaboration between Jeremy and Chelsea. Its next single, “emily,” glides over hushed acoustic guitar as their voices entwine on a vivid recollection, “In Paris you asked me, if I was afraid that we’d fall out of love, would that be okay?” The two discuss the mutual concern of parents watching their kids grow up on “parent song.” Meanwhile, Jeremy’s solo piano-driven “brooklyn boy” elicits a response from Chelsea’s glowing “the stars,” ushering the EP to a confessional and cathartic close. See the full tracklisting below.

Next Wednesday, February 10th, Jeremy and Chelsea will bring the EP to life with brent: live on the internet, broadcasting live exclusively via Moment House. They’re gearing up to play brent ii from top-to-bottom for the first time, in addition to gems from the original brent, other collaborations and surprises. Tickets are available HERE.

In the middle of the global pandemic, Zucker and Cutler safely traveled to a cabin in upstate New York as they had when crafting their platinum single, “you were good to me,” and 2019 fan favorite EP, brent, to write, record and produce five new songs that continue the brent story. PAPER Magazine hailed them a “pop power duo,” as Ones To Watch said brent “beautifully showcases Zucker and Cutler’s stunning vocals alongside one another.” Check out the trailer for brent ii HERE.

Fall into the embrace of brent ii now.

Growing up in suburban New Jersey, 24-year-old singer, songwriter and producer Jeremy Zucker has always been surrounded by music. In 2015, he released his first EP as a freshman at Colorado College pursuing a degree in Molecular Biology, and by 2017 he had signed a major label record deal with Republic Records. Since then, he has released four EP’s with breakthrough singles, such as Gold Certified singles, “talk is overrated” featuring blackbear and “all the kids are depressed,” and his biggest song to date, “comethru,” which is Platinum Certified and has surpassed over one billion streams. In 2019, Jeremy collaborated with Chelsea Cutler on brent and their Platinum-Certified global viral hit, “you were good to me.” Last spring, Zucker released his long-awaited debut album, love is not dying, to praise from critics and fans alike, as he recently crossed over a staggering 3.2 billion total streams across his catalogue with his latest single, "supercuts."

Instantly-relatable lyrics and handcrafted lo-fi soundscapes have established Chelsea Cutler as a quiet, yet disruptive, force for popular music. Within two short years, the singer, songwriter and producer went from bedroom-constructed uploads to 750 million-plus cumulative streams and acclaim from Billboard, The New York Times, E! News, PAPER Magazine, Cosmopolitan, Refinery29, UPROXX, L'Officiel, and more. In 2017, her breakthrough single “Your Shirt” paved the way for her debut EP, Snow In October. Leaving college shortly after, she hit the road alongside Quinn XCII at the top of 2018 before kicking off a prolific string of releases, including the independently released mixtapes Sleeping with Roses and Sleeping with Roses II, leading to two completely sold-out nationwide headline tours in 2018 and 2019 and appearances at Governors Ball, Bonnaroo, Lollapalooza and more. Signing to Republic Records in 2019, Chelsea uncovered undeniable chemistry with Jeremy Zucker on the collaborative brent EP, which spawned the platinum single “you were good to me.” Honing her style further, she unveiled her 2020 debut album, How To Be Human, featuring the breakout single “Sad Tonight.” Bringing the new music to fans across the country, Cutler launched the sold-out How To Be Human Tour last spring, highlighted by two consecutive sellouts at Terminal 5 in New York City.