KINGS – call me when you grow up… (Spotify)

KINGS – call me when you grow up…
(Spotify) 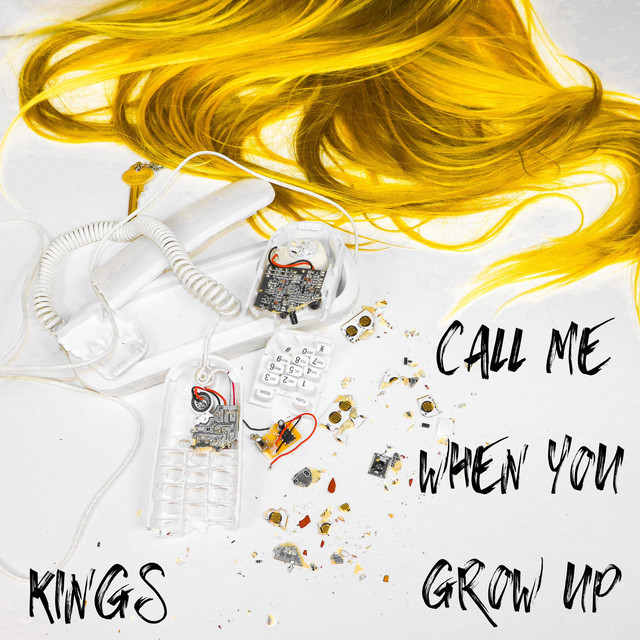 “The sound quality here is top noth, with the music layering tickling your ears and the fresh bright yet warm vocals of KINGS fills the gap between harmonies and beat in a perfect sync. Wonderful song both in vocal and music level. ”

KINGS said about this song "I think we can all agree that teenage boys can be pretty immature, to say the least. So I decided to call them out and have a little fun with it. This song is one of my favorites I’ve ever written. I wanted to take a less-than-desirable situation and turn it into an anthem. “call me when you grow up…” relates to a lot of situations I’ve been in.. I was sort of talking to this boy, who thought we were going somewhere, but it obviously was not. He’s the kind of guy who would flirt with every girl he passes on the street if he could. The good thing is, I wasn’t hurt in the slightest since I definitely knew what was going on. It’s actually hilarious because even when he hears the song, he probably won’t know it’s about him. The same goes for most of my songs."

Few words about KINGS:
From the moment her dad played the “Bohemian Rhapsody”, KINGS wanted to write and sing songs that moved others in the same way. Music is not only her first language, but, also, her first love. Music is the way she communicates when words alone are not enough.

KINGS started performing at the bright, young age of three years old. From there she realized her true passion for music. She placed every ounce of creativity and energy possible into the writing songs, especially after being rejected and hurt by what she thought to be friends.

She left her small town in North Carolina, and moved to Nashville inching closer to her dream. KINGS started creating a social media presence on the widely popular platform TikTok. Not only was she establishing a footprint for herself, she created a beautiful set of songs with a three time Grammy nominated producer/composer that fully encapsulated her vision.

Years upon years of dedication and hard work have lead to this moment. The upcoming release of her first song titled “call me when you grow up…” is an anthem to a less than desirable relationship. The title says it all, and it will leave you with the words stuck in your head wanting to put the song back on to help with the earworm syndrome that this song will cause. You can find this song on all streaming platforms on June 19th.
www.instagram.com/sheiskings/