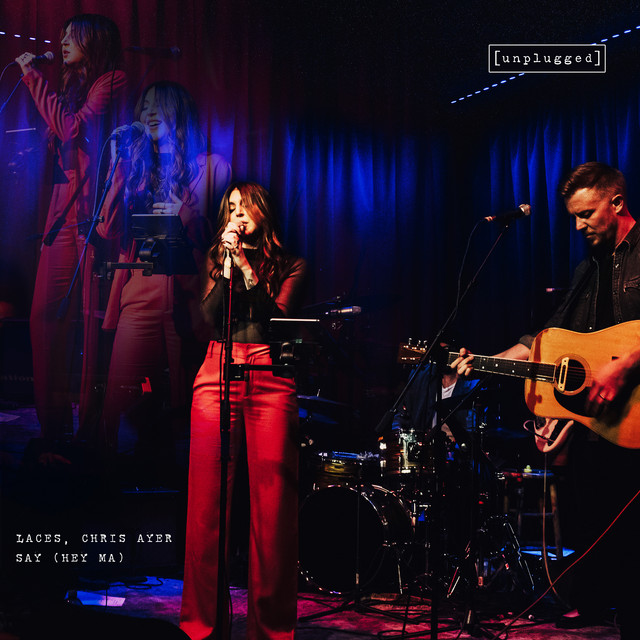 “The melody of the acoustic guitar, against the background, rustles the light rhythm and over all this idyll rises the angelic voice -laces-, which so reverently and tenderly performs this charming melody. Enchanting beauty and real magic. Real heart music!” (Automatically Translated with Google Translate)

Unprecedented times call for artists to bring a unique light to the world. LACES answered that call with her new album, Super Weirdo. It is a beacon, evidence that beauty can still be found after tragedy.

Super Weirdo dropped May 6th with an album release party at LA's The Hotel Cafe. The release was an extra special occasion because it was 14 years to the day that Vaughn released her first ever LP under the moniker Charlotte Sometimes, as detailed in a recent Tik Tok.

LACES is the solo project of industry mainstay, Jessica Vaughn, who helms Head Bitch Music, a multi-faceted, multi-service creative company. She has always been a little left of center, choosing the the hard-fought path over the easy win.

On Super Weirdo, the original recording of track, "Say" leads with layered atmospherics and simple percussion. On this new unplugged take, it rests on a foundation of piano. The addition of Ayer's vocals is visceral. The track takes you to dimly lit, smoky room; each break in their voices, each key pressed is front and center while never calling for attention.

"Say" was such a special song to write. I wanted to make sure there was a song on the LP that reflected my own shortcomings, struggles, and trauma I carry. Chris Ayer is one of my favorite people and one of the best songwriters I know; so this song is really a testament to how he created a safe environment for me to explore this personal topic.

Being able to share this new version with him, stripped of extra production makes the song even more intimate and confessional and I am overjoyed to share it with all my fellow sad beings!

"Vaughn has had a decorated career in the music industry, writing gems of truth for other artists as well as herself...[an] intelligent, moving super-creative." - LADYGUNN

"beautifully blends the lines between the personal and the universal" - Billboard

"a beacon of hope, allowing victims and survivors all around the world to confide in" - Flaunt

As LACES, Jessica Vaughn is starting a conversation. Originally signed at 18-years-old under the name Charlotte Sometimes, she learned first hand the traumas that come from being a young woman in the music industry. But through the support of her immediate community and personal tenacity, Vaughn has become a powerhouse artist who has taken back control.

"I feel like that’s your job as an artist: to say the uncomfortable thing that makes people think and helps them feel less alone.”

With LACES, Vaughn is creating subtly brilliant adult alt-pop. Simultaneously polished and raw––a testament both to her willingness to be vulnerable and the clarity of her vision––LACES’ new songs mine bleak spaces for hope, and never come up empty-handed. The performer is taking this second wind and running free with it.

Under her legal name, she pens and produces music for Hasbro cartoons such as Jem & the Holograms, Baby Alive, Littlest Pet Shop, Equestria Girls, and more. She has secured placements on series and specials on the CW, Netflix, ABC, and others. Vaughn also continues to write gems for other recording artists.