Louie Louie! – All Fall Down (Spotify)

Louie Louie! – All Fall Down
(Spotify) 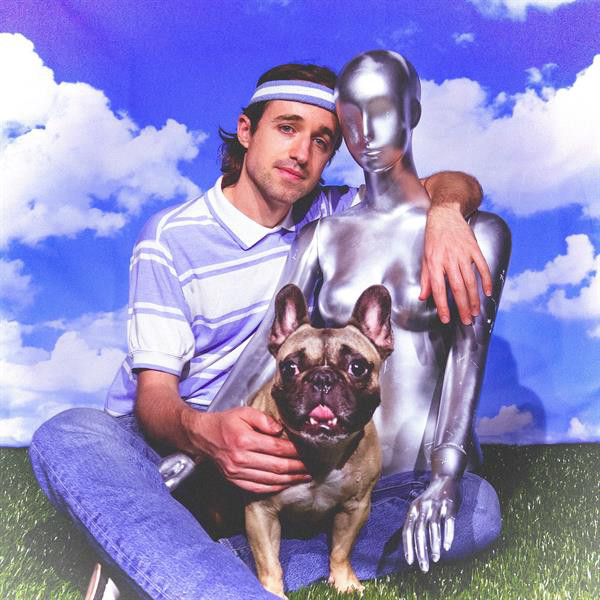 “Well this is pretty much layered but guess what? Brilliant mixed and still manages a clarity that other more minimal pop songs missing. Beside this, Do you want to go to a party? Just say it, or better join the happy party vibes of ALL FALL DOWN by Louie Louie!”

Louie Louie!, the new project of former HOLYCHILD member Louie Diller, is bringing back all the charm of anthemic, 2000's pop-rock jams. Louie brings us soaring highs in his new single "All Fall Down".

The former HOLYCHILD star saw international success for their brat-pop sound and dance-like-nobody's watching attitude. With praise from the likes of NYLON, NME, Billboard, LA Mag and several others, HOLYCHILD was viral. However, Diller has spent the past few years finding his solo voice and perfecting his sound. Louie Louie! has evolved into that project - an honest reflection of the trials and tribulations he's experienced in the last 4 years.

Life sure has a way of humbling you and Diller is no stranger to that. "In 2016 I went from making half a million dollars to food stamps after a whole lot of financial mismanagement, classic music biz shit show and some," he shares. "That same year I also had my heartbroken by a girl, who I thought I was going to marry, and found myself living next door to the Mexican mafia in east LA, who were hustling me every other day. That same year my dad came down with cancer and though he thankfully beat that shit, for most of 2016 it wasn't clear if he'd survive. And then Trump got elected. Out of all this, Louie Louie! was born."

Diller began writing his debut album, Heartbreak In the Fall Of The Empire, which is about falling in-and-out of love while society crumbles around him. "All Fall Down" is the first song from the album and a spilling out of all his misery.

"All Fall Down" revels in all of its pop-rock glory with a sing-along chorus and the infectious energy of a rambunctious crowd cheering. This optimistic anthem couldn't come at a better time. In the midst of a global pandemic and social justice movement, we are challenged to be the best versions of ourselves as 2020 continues to knock us down. Louie poses the question, "When we all fall down, will we turn it into something?"

Louie flips the narrative we've come to know as 2020 and urges us to turn those lemons into lemonade.

On the single he shares, "The chorus of this song is as much a question to myself as everyone else asking, 'when we all fall down, will we turn it into something?' It was inspired by heartbreak in a decaying society."
www.instagram.com/louielouiejams/