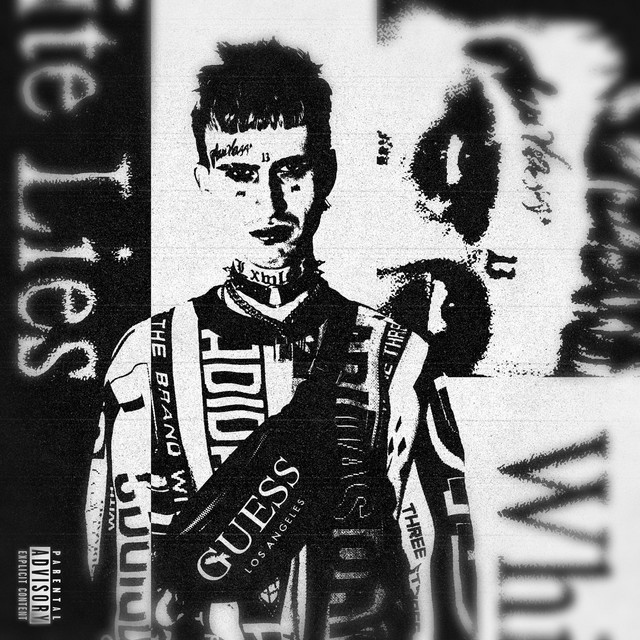 “Anyone who loves to listen to Cloud hop music at maximum volume and focus on fat bass and a bright barrel - this track for you! Get ready for a huge spectrum of emotions, they will flood on you stronger than a storm in the ocean!” (Automatically Translated with Google Translate)

LXWLESS & RXSSY, These two young and reckless punk’s are a production duo from the west midlands smashing out underrated banger after underrated banger! These two are taking the so-called ‘clowned upon” genre of Soundcloud rap (Which anyone feels they can do these days with a snowball microphone, Fruity loops and “youtube to mp3 downloader.com") and plunging it down past the sad poetic lines of Lil Peep to the dark-underbelly of their sound, with lyrics ranging from heartbreak to heroin there is no exemption to the grim-reality of subjects discussed in their music. This paired with the D.I.Y gritty production and often punky and raw guitar sounds used in their music makes for an uncomfortably addictive listening experience.
“LXWLESS” (Brett Lawless) and “RXSSY” (Ross Knibbs) met in college studying music production and bonded over their shared love of artists such as “The Sex Pistols”, “Nirvana” and “Lil Peep” (the main sources of inspiration in their music) together along with RXSSY’s brother “KONNOR’” (Connor Knibbs) formed a tight partnership, with LXWLESS being the predominant writer and vocalist, RXSSY being the producer/Instrumentalist and KONNOR being the creative director. This formation eventually led to the creation of the West-Midlands based Alt-Rap collective known as “SINNERWXRLD”.
Latest Release - “White Lies”

The latest release from the pair, the single “White Lies” (which is a nod to the 1983 song “White Lines” (Don’t do it) by Grandmaster Flash and The Furious Five) is a song talking about a toxic relationship, with cocaine being a metaphor for an addiction to a “toxic partner”, however the song has multiple meanings and interpretations, another being a literal relationship with a partner abusing said substance, the song also alludes to symptoms of both the drug and a bad relationship with many lines in the song describing paranoia, the whole song itself gives the impression perhaps of an argument between two people or perhaps an inner argument between a person and their addiction.
The song “White Lies” is most comparable to the genre of “Emo-Rap” as the Grunge style guitar riffs combined with heavy reverb and delay are very reminiscent of the work of “Lil Peep” this influence can also be heard in the vocal mixing and layering techniques, as “Peep” commonly layered many vocals on top of each other. This is then made unique via the raw and British delivery of LXWLESS’s vocals which as a creative choice RXSSY keeps even the bad takes and utilises them in the mix giving it a messy and unvarnished, true-to-life feel. This off-pitch “sore thumb” technique is used in almost all of LXWLESS and RXSSY’s work as it stands out and they believe imperfections should be embraced rather than having everything super polished which is just unrealistic.

What’s Next for the duo?
The duo have planned some very exciting unorthodox and pioneering material which is already in the works, branching out into unknown territories and fusing more genres into the mix. The duo have already dipped their toes into other genres with previous tunes such as “Where were you”, “WHXRE” and “thinking it over” three incredibly diverse tracks merging various sounds with their own and showcasing the pairs abilities to transfigure with ease in any given genre, this is especially apparent in their next upcoming track which is darker and more hellish than any previously released, delving into the underworld of Trap Metal: “Imagine if Lil Peep Collaborated with Bring me, Yeah! That’s our next track” says LXWLESS “This is nothing like any of the other trap metal songs out there, for a start this has real instruments, its not just 808s and shouting, this is more metal than trap, that’s the selling point” says RXSSY. A bold statement to make from the pair, but certainly one that makes you wanna see just what it is they have in store!