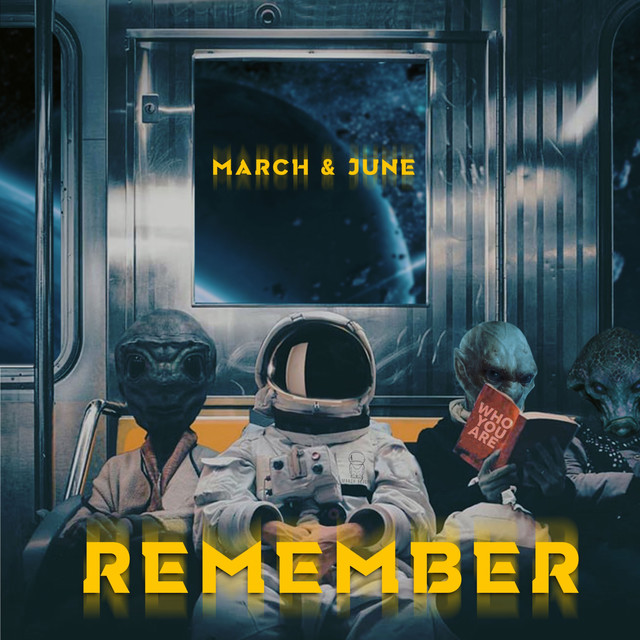 “A new star comes down from heaven to bring you back the lost happiness. "March and June" can surprise his audience with his innovative Electro sound. This is exactly what you need to escape from anxiety.”

After its latest success with ‘Sign from God’, March and June has once again dusted off his synth pads and traveled back in time to bring us ‘Remember’ – a retro pop track with 90’s influences reminding us that love doesn’t have a time and place or expiration date. It’s all about letting yourself get lost in the moment and allowing love to remind you who you are: shiny flares of retro grooves traveling at light speed into our times. Remember.

March & June is a new music project which combines different energies and vibes.

Behind March and June there is one artist who performs as a producer, songwriter and mix engineer. Born in June, his personality traits are deeply reflected in his music. Duality, moods, feelings, all these can be felt in his music. He’s not aiming to show off using his real name, yet only to assemble his emotions and life experiences. Music is the main character, not himself as an individual.

Throughout the years, he has produced a lot of tracks for many artists all over the world.

He has perfected his craft during the last 15 years, collecting under his belt no less than 3 No 1 tracks and numerous top 10 and top 45 records.

Many of his successful records are the result of collaborations with Grammy winning producers and engineers such as Tom Coyne, Chris Gehringer, Alex Psaroudakis and Luca Pretolesi. Working in Germany, Sweeden, Canada, UK and Eastern Europe got him record deals with Sony Music, Universal, and BMG and other big music labels. As of now, he is a prolific R’n’B, Trap, Neo Soul, Pop, Dance, Garage, Funk, Deep House and Disco music producer.

All the music he’s ever listened to has influenced him in one way or another, especially the 80s and 90s sound.

Taught by his father how to play the drums at the age of 7, he fell in love with this instrument. In a chaotic world, he is constantly looking for a warm sound which comes from the positive as well as peaceful places and people. He's also looking for freedom and mood. The perfect mood.

The pop music influence can be felt when collaborating with other artists from this genre.

March and June project will be shared with the voices that he genuinely loves, not aiming for the spotlights.