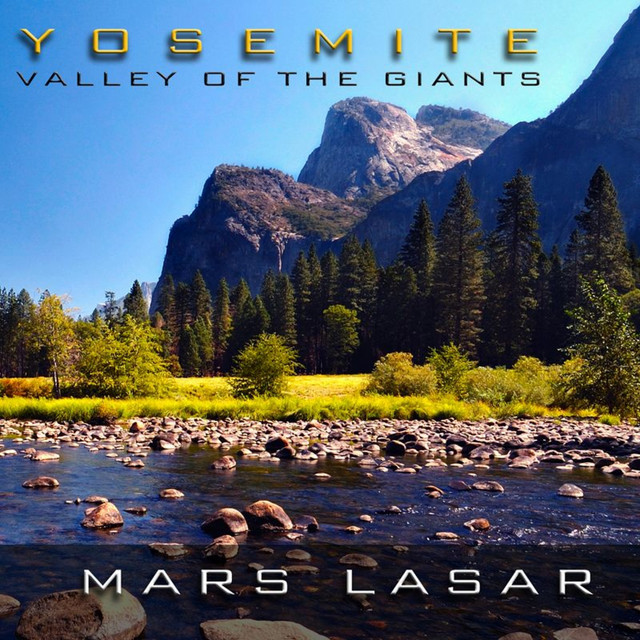 About This Song:
Yosemite also has its reflective moments best-heard courtesy of the opening chords of “Glacier Point”. Initiated with gorgeous string arrangements, the song is then driven by the intricate yet smooth percussion arrangement. Employing flutes, synths, some tribal drums and the occasional natural sound effect (thankfully, not used constantly to the point of saturation), Glacier Point makes for a very good backdrop to backroad drives, amidst the rapidly changing leaves of fall.

About Mars Lasar
Born in Germany and raised in Australia, Mars Lasar is a prolific keyboardist and composer. Predominantly electronic, his music also contains elements of jazz, pop, world, new age and rock. Mars started playing piano at 11 years old, and over a few years of extensive classical and jazz training, he rapidly became drawn to all kinds of music. At 14, Mars began composing, recording and publishing his own music professionally.

To date (2017) Mars has successfully released over 26 solo albums and has a full arsenal of production credits to match. Currently Mars' music can be heard on NBC's Conviction, The Medium, Extreme Makeover, the Bachelor, Disney, Law And Order SVU, America's Got Talent, and Fox's Emmy Awarding winning show "24".

Mars' first solo album Olympus was frequently used by CBS during their broadcast of the Winter Olympic Games from Albertville France 1992, and the record reached Top Ten in the Progressive Adult Contemporary radio charts.

His 8th release in 2001 Karma hit #4 NAV (New Age Voice) Top 100. His music is frequently heard on television and in films, including "Jason's Lyric" and the "6th Man". Songs from Mars' solo albums have also been heard on television shows including Baywatch, Young & The Restless, General Hospital and Hard Copy to name but a few. His song writing and production talents span a multitude of genres including New Age, Pop, Rock, Metal, Jazz, Classical and Electronica.

Mars has been featured in such publications as the LA Times, Spin, The Chicago Sun Times and Billboard Magazine. Mars has appeared on The Discovery Channel's Movie Magic for his technical wizardry, and received numerous awards, including two platinum records.
www.instagram.com/marslasar/