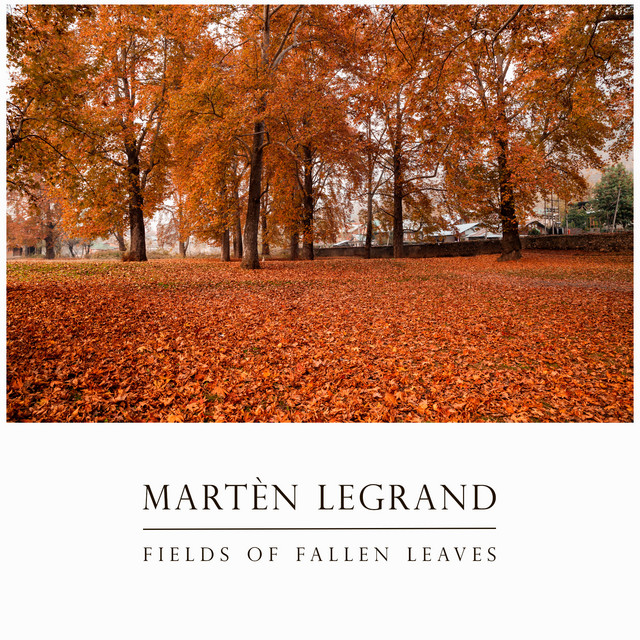 “-Martèn LeGrand- with his new solo piano -Fields Of Fallen Leaves- on PM Recordings invites us into a romantic confession with a hidden melancholic touch giving a wonderful sense of freedom like when you walk on through the falen leaves. ”

After Martèn completed his degree at the Rotterdam Conservatory as a Hammond organist and music performance major in 1983, he began his career as a record producer for well-known international artists and bands such as Samantha Fox and Susan Snyder. Best known for her role in the soap opera As The World Turns, Martèn produced Snyder’s solo singles, also used in the popular serial drama as background music. By the same token, Martèn produced the Socaboy's hit song Follow The Leader, which became a number-one single in the Netherlands, topped the charts in the United States, South America and other European countries, and continues to be well played around the world today. Around this same period, Martèn also worked as a demonstrator and pioneer in the field of synthesizers at Roland Japan, based in Belgium.

In the decade to follow Martèn LeGrand composed and produced music for television and the film industry. He worked, among others, for the Dutch Broadcast Foundation (NOS) and the Dutch Evangelical Broadcasting association (EO), for whom he produced and composed a large range of music, including intros and performances for live television events. Martèn also played piano in a variety of bands, including East Coast, Time and Beethoven, and collaborated on various theatrical productions with singers Liesbeth List and Sandra van Megen – the last of which went on to accompany him at the Alliance Concours Française where they were awarded first place.

Around the turn of the century Martèn founded his own music studio, where he continues to work to this day. Free to determine his own schedule, Martèn’s newfound self-employment allowed him to finally integrate his other life passion: world travel. Filled with new insights and inspiration from his journeys abroad, Martèn reinvented himself as “the traveling pianist” and has since gone on to compose a wide variety of new work.

Saskatchewan, his recent solo debut album, is the first in a range of several released and upcoming piano albums. Inspired by his surroundings, Martèn named his debut album after the Canadian region of Saskatchewan, where he found himself enchanted by, among others, a small-town cathedral and the incredible natural world. A number of the tracks on his new album, songs such as Nipawin, Pinehouse and Beauval, are named after places where Martèn played while traveling. Martèn LeGrand strives to take his listeners on a journey, transporting them to beautiful and serene locations by way of his melodic compositions. Martèn LeGrand’s second piano album is released last year and is called Those Moments In Life. Currently, he’s releasing new piano pieces of his upcoming EP ‘The Fields’. With his piece Whitehaven, he’s made his music video debut recently.
www.instagram.com/martenlegrandofficiel/