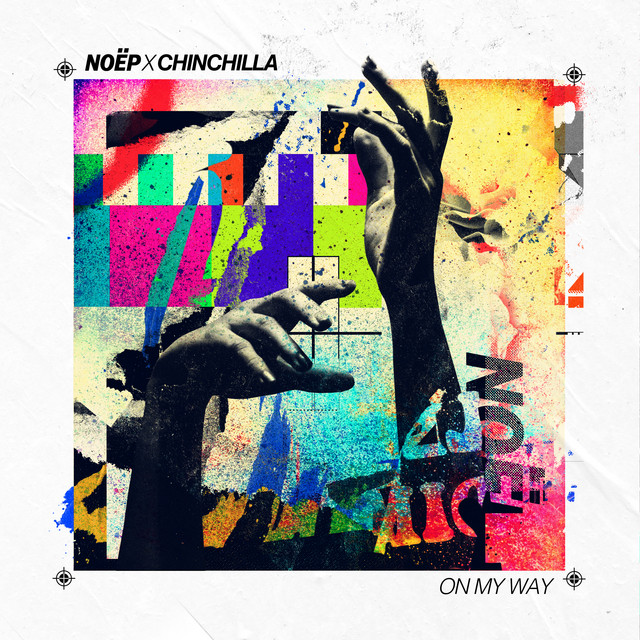 “NOËP and CHINCHILLA with their new song -On My Way- under Perfect Havoc imprint deliver you, your next future house hit. Beautiful lush vocals and top notch production, including all the right ingriedients to become a pop house classic through its positive melodic vibes.”

Hoxton based label Perfect Havoc welcome Estonian artist NOËP with his new single ‘On My Way’ featuring UK singer-songwriter CHINCHILLA. The pair solemnly mix house with chill/pop and deliver a beautiful piece of music alongside an incredible catchy and infectious vocal from both performers.

NOËP unites the disparate sounds of James Hersey, The Blaze and Rüfüs Du Sol in his adventurous hybrid of electro-pop energy and intimate songwriting. It’s a style that’s already made him a star in his homeland, where he won Pop Album of the Year at the Estonian Music Awards for his debut EP ‘Heads In The Clouds’, which also included the biggest airplay record of the year, ‘New Heights’ as it’s lead single.

When asked where he’s headed with the upcoming tracks, NOËP says that he believes getting stuck in just one type of sound can be limiting for artistic development, so it’s best to keep on moving, as states the title of his new single ‘On My Way’. The fresh banger talks about giving in to temptations with the added twist of suggesting that at times it can be good for you to do so. “Due to our society's norms and taboos, we may actually sacrifice some amazing moments and memorable experiences just to do the right thing,” explains NOËP.

Having directed several commercials, videos and films, NOËP has a drive to tell his own stories via music videos. As for most of his previous tracks, ‘On My Way’ is supported by a self-directed music video, playing around with the modern virtual reality world, bringing together the artist’s love for gaming and the message behind the new single. “I feel like my background as a film director influences a lot of my songwriting. The storytelling has a specific structure which is usually inspired by the aesthetics of film screenplays. A separate visual world entails with every track you write, generating a new reality.” The new video for ‘On My Way’, which merges the traditional lyric video format with virtual reality and modern storytelling, will be out on October 30th.

NOËP first came to attention with tracks ‘Move’, ‘Rooftop’ and ‘New Heights’, released through SONY Sweden, which have amassed 20 million streams on Spotify alone. His burgeoning reputation is growing internationally, with captivating live performances everywhere from Beirut to the Musée d'Orsay in Paris, to The Great Escape.

NOËP’s single ‘fk this up’, accompanied by a self-directed video, was licensed to Warner Music and soon became a top 5 airplay hit in Italy last year. While entering Spotify's Viral Charts in various international markets like GSA, France, Benelux and the UK, ’fk this up' has gained over 10 million streams and counting. The track features the rising UK pop artist CHINCHILLA and has been remixed by the legendary club DJ Benny Benassi. His latest single 'Young Boy', an uplifting banger about living your life to the fullest, was released together with a spectacular animated video in a post-apocalyptic world.

An interesting fact about NOËP is his passion for nature being one of the reasons that drives him as an artist, with a secret mission to one day set up his own private nature reserve. Focusing on a purpose greater than himself has helped him get through times of depression and anxiety. Besides caring for our planet some other interests of his are building wooden furniture and playing video games.

As an adventurous soul, he never says no to interesting projects like performing 170 m from the ground on top of the TV tower, at 2020 World Rally Championship opening show or actively taking part in World Cleanup Day campaigns, to name a few.

CHINCHILLA is 22 year old, London born singer, songwriter and producer. 2019 saw the launch of CHINCHILLA’s career and the release of a string of self-produced singles - ‘Elements’, ‘Fabulous’, ‘Demand Respect’ along with two collaborations - one with Estonian artist NOEP - ‘Fk This Up’ which amassed over 10 million streams and was in the Top 10 Shazam chart in Italy for 8 consecutive weeks, and the other with Brighton based artist Ren - ‘How To Be Me’. Now signed to Columbia Records (Sony) CHINCHILLA is setting up for 2021 and beyond.