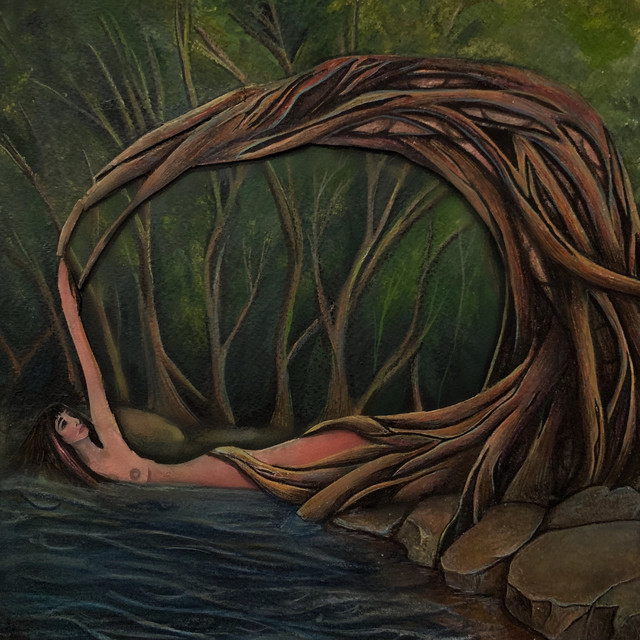 West Virginia-born Rett Madison evokes the strength and poise of artists like Julien Baker in her striking new single "Shame is a River." The 23-year-old Rett Madison commands attention with compelling vocals in this bare and raw performance.

The now LA-resident made her way to the city at 18 to attend university but dropped out by the time she was 20 to pursue music more seriously. Rett grew up listening to music on road trips with her mom - influenced by artists like Fleetwood Mac, Prince, Madonna, Cat Stevens, Norah Jones, Sade and the Bee Gees. With the support of her parents, she began taking piano lessons. "My first piano teacher, Carla, and her husband, Mike (who also played guitar) are like parents to me too. I spent a lot of time with them as a child taking lessons and even had a room at their house for a summer when I was six years old. I would just sit with Carla at the piano for a few hours and then run around outside at her home in West Virginia with her four German Shepherds. It was a really beautiful time," she shares.

Rett attended Interlochen Arts Academy to study songwriting from the ages of 16-18 years old. Located on a campus in the middle of a forest in northern Michigan, Rett found her passion for writing and creating. Surrounded by 500 other students all studying various disciplines of art, Interlochen completely changed her life for the better.

At around 18 or 19 years old, Rett had formed her identity as an artist and musician but still struggled with her identity as a person - it was then that she realized and accepted her queer identity. "I was raised Catholic, and grew up in a small city in West Virginia of about 15,000 people," she shares. "Although I had attended public schools in West Virginia until I was 16, I had a very bigoted and homophobic teacher my freshmen year of high school. I didn't understand my own identity yet, but I fought back on this teacher's homophobic remarks he made during class until the point I was in tears and outraged. I didn't have the vocabulary at that time to say he was being prejudiced, but I was very hurt by his words."

Rett has a way with words and sharing her life experiences through her music. "I try to be open about my queerness and those experiences in my music now, so that kids who may be living through similar experiences that I once did, won't feel as alone and will know there's better days ahead of them." Her previous releases "God Is A Woman," "Pin-Up Daddy," and "Mothers Girl" have received rave reviews and recognition from publications like Broadway World, Skope Mag, Vents Magazine and hundreds of thousands of streams on DSPs.