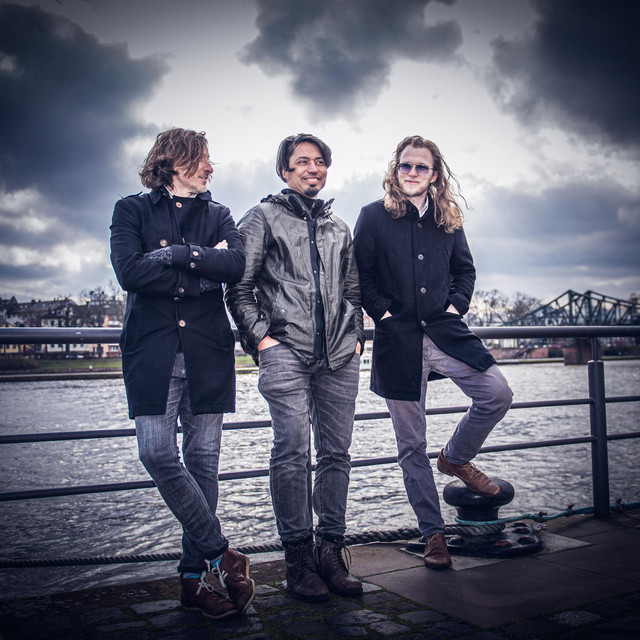 “Desire from "The Bow" at TAOF Records is a minimal indie pop song with a dreaming melancholic vibe which come across through a soft piano and the the warm deep vocals of the band, layered with gentle beats and partly with a synth line, a storytelling for a couple who have fallen out of love.”

Indie pop group The Bow releases new single ‘Desire’ on August 1st on all major streaming platforms. The song takes the listener on a dreamy journey with a couple who have fallen out of love.

Self-described as a “creative and emotional journey”, The Bow combines the raw emotional vocals of Rafael Sotomayor and the musicianship of Tomek Witiak and Robin Schwarzfeld to create dreamy indie pop tunes leading up to their debut album, which is set to be released later in 2020.

Influenced by Coldplay, Muse and Ed Sheeran, The Bow have previously released three singles and accompanying music videos, with the latest single “Quiet Night” described as a modern lullaby. These songs all provide a glimpse into the full experience of The Bow and what they have in store. Their latest single ‘Desire’ is out now on all major streaming platforms.

Formed in 2019, the trio consisting of Rafael Sotomayor, Tomek Witiak and Robin Schwarzfeld combine their unique styles into a melange of Indie and Pop. The newly formed band has released three singles since the beginning of 2020 and have many more to come all the way up until their debut album, set for release later in 2020. With many years of making music on their backs and having previously been in the successful band The Art of Fusion together, the group is now looking to create their own new Indie Pop sound with catchy melodies and lyrics. The decision to strive more towards Pop music was made as this allows for reaching a bigger audience while talking about personal experiences. The band strives for an emotional sound and to achieve their dreams of sharing their music with the world and connecting people through it.

Originating in the town of Frankfurt, Germany, the lead singer Rafael wants to make his dream come true of touching people with his music and his personal views on life and love. With the strong and emotional vocals of Rafael Sotomayor and the deep and soft instrumentals of his band members they produce their unique sound, which is, in their own words, Pop music with a pinch of Alternative. The ideas for the songs came during a period where Rafael had to fight with his own feelings and tried to process these into songs. With their goal to create links between people with their music, The Bow wants to remind their audience that emotions are one of our greatest gifts. With the success of their four already released singles and their music videos, as well as the success story of their previous band, it seems The Bow is a group to watch as they are making a buzz in the Indie Pop scene.

In the bands words: “Through our music, we open ourselves to the listeners and as an artist we compromise to not ignore the problems in the world and this we consider a must. We as musicians are with our art a mirror of society and to influence it in a positive way is our aim. Confronting injustice and dreaming of a better now.”