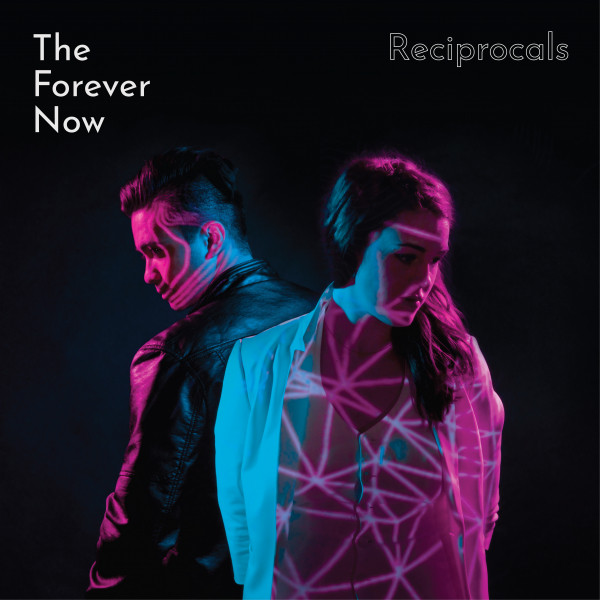 “The Forever now with their song "Reciprocals" deliver us a top notch sound layering minimalism, where through their solid mix and production level push all the shine out of those warm vocals and place it among the wonderful pop chill track we have listen lately.”

At times an honest and naked statement about the end of a relationship, while others the relationship becomes a metaphor for broader statements about the world, “Reciprocals” is a bittersweet song about failing to recognize one’s own shortcomings and over-analyzing a situation rather than acting out of compassion. Beautifully mixed by Ken Andrews (m83, Nine Inch Nails, The Naked and Famous) and mastered by Randy Merrill (Adele, Taylor Swift, Lady Gaga) It plays on the double meaning of the word, “is that reciprocal?” as in “do you feel the same?” and “I’ve been spending time with reciprocals” as in “I keeping looking at this as an equation”.

After 10 years of demos, this song is the professional debut for The Forever Now. The song was a true labour of love with 4 years of songwriting, 1 lifetime savings, 2 (thankfully negative) Covid tests, and 1 band break up in the making. Written and re-written, recorded and re-recorded countless times over the 4 years it took to complete the song around a master’s thesis and a full-time job, the song marks a return to form for the The Forever Now, coming back to the indie synth-pop sound of their earliest demos, while adopting a more organic sonic textures.

Reviewed by Nagamag on
September 5, 2020