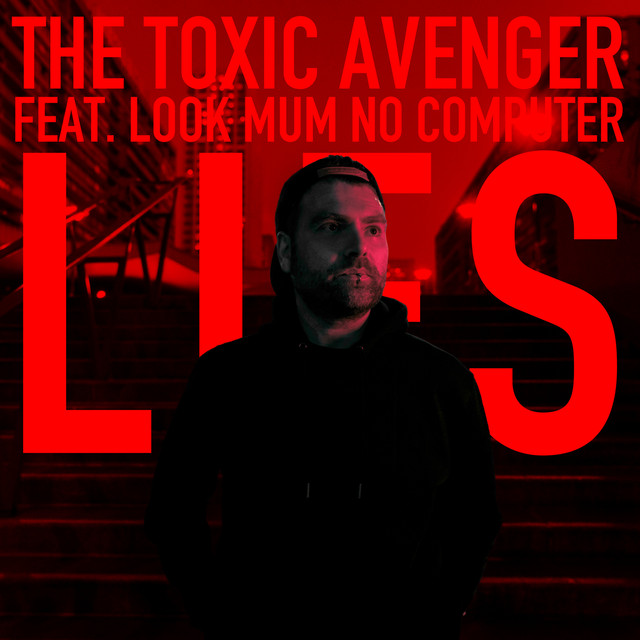 They were made to meet. And it is a POP collaboration which finally arrived between these two Masters of the Modular Synth. But no modular experiments here, it's good pop, and electro-rock which is all about LIES. On a sparkling electronic orchestration from The Toxic Avenger, Look Mum No Computer is unleashed in a heady refrain helped by an incisive and double-edged writing.

"And no it never ever matters what you say, "Cus your just gunna lie to me anyway"

LIES illustrates the solar angle of the The Toxic Avenger's new album , which will be released on May 29 “MIDNIGHT RESISTANCE”, integrating all its influences, from kinematic electro to pop, from song to enjoyable replay of 90's House music , from neoclassical piano revisited to current synth-pop. With the featurings of JAY-JAY JOHANSON, ORNETTE, LOOK MUM NO COMPUTER, DIAMOND DEUKLO, SIMONE and MAXENCE CYRIN.

This album will be released at the same time as three synchros pub composed by Toxic, for HUGO BOSS (TV / Ciné Monde) as well as ARMANI and YVES SAINT-LAURENT (web / world)

LOOK MUM NO COMPUTER is a popular English Youtuber who turns away from Modular Synthesizers and tests his compositions live on his channel.