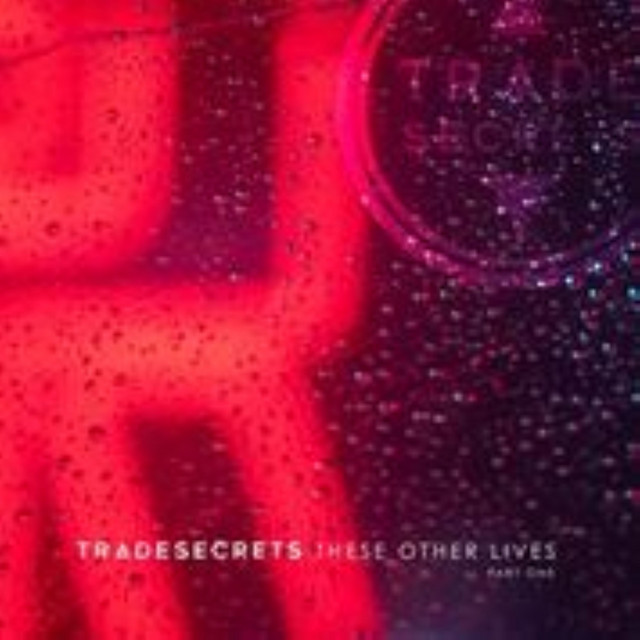 After harkening backing to their dance roots with HAZE OF HEARTS for the final edition of the ELECTRONIC SAVIORS, TRADE SECRETS returns with THESE OTHER LIVES - a new multi-part musical series. Part One, a digital EP, is set for release July 10th, 2020 via Distortion Productions.

Picking up where their debut album BEFORE WE VANISH left off, THESE OTHER LIVES PART ONE takes what Regen Magazine described as “hauntingly evocative melodies with a blend of dark post-punk tones and synthesized ambience” and pushes Trade Secrets into new territory. The new series finds Trade Secrets further expanding their rich sonic palette, taking the listener on a cinematic journey of distance and desire in the digital age.

The opening track, a Vangelis-inspired instrumental entitled OUT THE PICTURE serves as a gateway not just into the EP but the project as a whole. “It’s about longing. For a connection to a person, to a place, or to a moment, no matter where, when or even how”, says TS founder F.J. DeSanto. Intimate and moody while retaining their electronic dance roots, Trade Secrets’ lush soundscapes and deep textures usher us through back alley bars, late night phone calls and the morning after.

Written, recorded and produced in various locations around the world by the band, the EP was mixed and mastered by Trade Secrets’ own Mike Venezia, who reveals “sonically, this new body of work focuses more on space, texture, and tension and release - more dynamics, more drama.” The band are joined once again by special guests James Meays of Missing Words and Alex Gonzalez of By An Ion. “There’s something elegant in this, something deep where all of the songs make sense together as a whole,” says Damien Polak who sings on the new synth-driven song FREQUENCY. “The EP is like four different emotions of the same or four distinct moments along the same day.”

To visually represent the entire project, DeSanto sought out acclaimed photographer Liam Wong after seeing Wong’s work in his recent book TO:KY:OO. “When I first saw Liam’s photos, I was blown away by how he captured the true heart and soul of where I was writing the songs. It’s the closest I’ve ever seen someone capturing the imagery and feeling that was in my head when conceiving Trade Secrets.”

THESE OTHER LIVES PART TWO is also set for release as a digital EP later in the year and then both EPs will be combined into a limited edition CD which will feature tracks that are unique to the physical version. Says DeSanto: “I think with this project, we have hit upon what I feel is not only the best version of Trade Secrets, but the best collection of music I’ve ever done. These songs are laser-focused and I think we have spent the last three years building to this moment. It’s all come together perfectly. I have always felt that my best skill is to bring out the best in very talented people, almost like a conductor of sorts, and we have truly found our groove together. I’ve been very lucky to have these guys step up once again to deliver something that I feel is a declaration of what Trade Secrets truly is.”