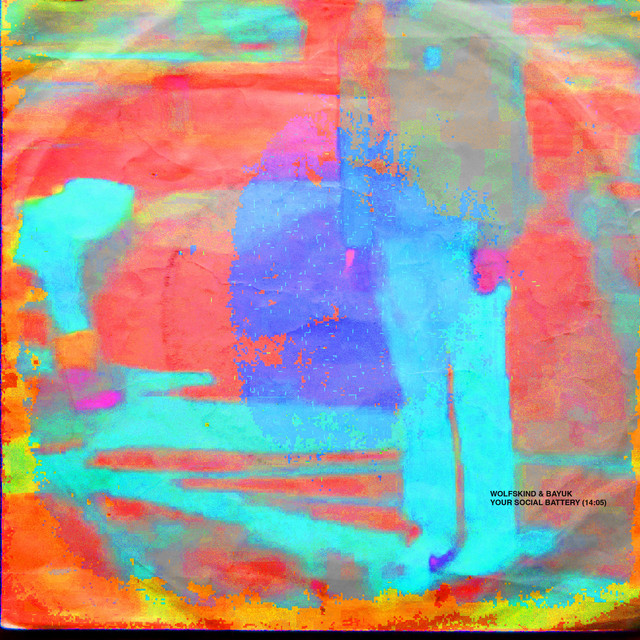 “A wonderful, melodic mood will envelop you with its warmth from the very beginning, and the Retro Soul melody with R&B elements will only embellish the already soft and pleasant atmosphere. Music music, music for the soul, music for everyone who wants to relax and swim on sound waves along with -wolfskind & Bayuk-.” (Automatically Translated with Google Translate)

The young Berlin based duo "Wolfskind & Bayuk" managed to create something very few musicians in todays’ music landscape seem to achieve: they’ve created a sound of their own, that expands far beyond both their solo projects and lets you space out into a surreal, yet catchy world.

In 2019 they released their first Collabo-EP featuring WizTheMc - often described as melancholic alternative hiphop, accumulating over 10 million streams on Spotify alone so far. The „Overdose“ EP opened them doors to famous newcomer festivals such as Reeperbahn-Festival & c/o-pop and also getting them into countless playlists.

The sound of the EP can be described as an effortless combination of styles varying from bossanova guitars to tape-driven breakbeats, always held together by captivating, poppy toplines, which tell stories of a generation driven by insecurities and the overwhelming search for purpose.

Featuring on the EP will be Icelandic pop provocateur Mani Orasson and German, not German sounding newcomer Llucid.

Wolfskind started his musical career online in 2016 by uploading unofficial remixes to SoundCloud. Quickly gaining a lot of followers and being played all over the world, he was signed to Universal Music Publishing, where he got into songwriting for the first time. Being known for only one kind of sound and feeling obliged to continue writing pop music for three more years was hard for him. It was when he met BAYUK, that making music felt different and, for the first time in a long time, actually really meant something to him again. This experience made him work towards ending the contract with UMPG and continue with the kind of music he realised he wanted to create. Wolfskind then started producing for German hip hop artist badchieff, released singles with WizTheMc and Benjamin Amaru quickly ranking up more than 13 million streams on Spotify.

During the last 2 years he focused on completely new projects, a band, a label and helping other artists to find their sound. „Your Social Battery“ will be his first release in 2.5 years and the beginning of a whole new journey.

BAYUK is the project of German artist Magnus Hesse. In 2016 Magnus had already decided to pursue a film career with a degree in arts and media studies when a song he had recorded in garage band, randomly got into the hands of German indie producer Tobias Siebert, who then wanted to work on an album with him.

BAYUK wasn’t accepted at the film school and took it as a sign to only make music from now on. He released his first solo album „Rage Tapes“ via his own label in 2018, playing numerous support tours and shows afterwards (Calexico, Maeckes, Me And My Drummer, Tristan Brusch and many more). At the end of this exciting year he met Wolfskind. Collaborating with him almost felt like a whole new project and the perfect outlet for another more modern side within him.

BAYUK released his second solo album called "Exactly The Amount Of Steps From My Bed To Your Door" via Grönland Records in summer 2021, a label he was always hoping to work with one day. After multiple collaborations including songs with uprising artists such as Paul Wetz, BAYUK now counts 200k monthly listeners on Spotify and could be just getting started.