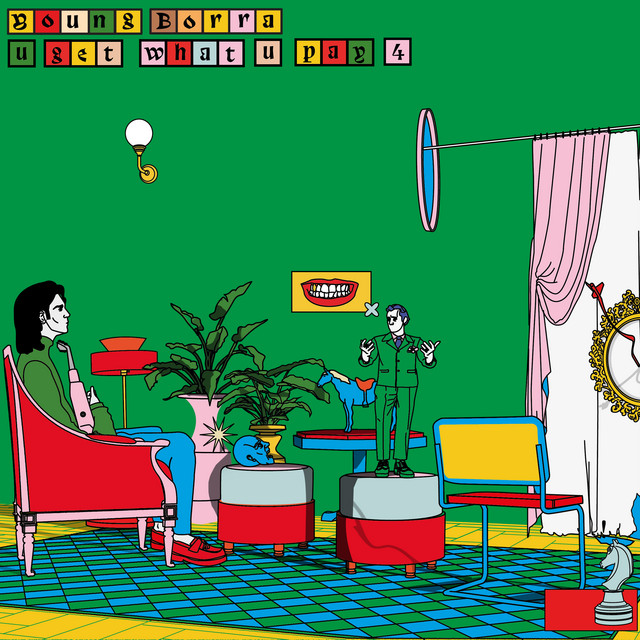 “We can't resist at one more Nu-disco candy as the crystal synthesizer loops fill the air with energy bubbles! Don't miss this fabulous dancing vibe from Young-Borra. Truly special and proffessional.”

— NYC-based Young-Borra shares his latest offering “U Get What U Pay 4” on Casablanca Sunset Records.

Born in the Bronx and raised in New York City, Jonas Young-Borra (AKA Young-Borra) is today’s answer to yesterday’s pop-star. He believes in quality over quantity in a world that is flooded with the latter. He listens more than he speaks and speaks more when he needs to. He is well-informed and he is a much-needed character in a character business.

His new single, “U Get What U Pay 4” is an anthemic 80s-esque tune that features uplifting instrumentation highlighted by infectious sing-a-long vocals, groovy up-tempo rhythm, and dangerously energetic synth melodies. The song is also highlighted by an explosive guitar solo in the second half recorded by the legendary New York-based guitarist Paul Pesco. Pesco is best known for penning a portion of the guitar arrangement in Madonna’s “Lucky Star” and C+C Music Factory’s jock-jam “Gonna Make You Sweat (Everybody Dance Now),” in addition to working closely with a number of superstars like Hall & Oates, Jennifer Lopez and more.

As a singer-songwriter and artist, Young-Borra is no stranger to working alongside talented musicians. “U Get What U Pay 4” was produced by the NYC-based producer Alex Suarez (AKA LEFTI) who is known for his involvement in the band Cobra Starship. Borra's father is a jazz musician who played saxophone with a number of artists including shows with Phoebe Legere and Huey Lewis & the News. His mother was also a talented Broadway actress/singer.

Recently doubling down on his artist career, Borra draws from his previous work experience as an event curator, DJ, doorman and promoter in some of New York’s best clubs. Many of these experiences influence the context of his music and lyrical input; nightlife, heartbreak, striving for love and success, relationships, sex, parties, breakups, makeups and living under the bright lights of the big city. Now, after several years of creating, producing and fine-tuning his sound, Young-Borra is releasing his original material; ushering in a new wave of music to accompany the start of the new decade. Look out!