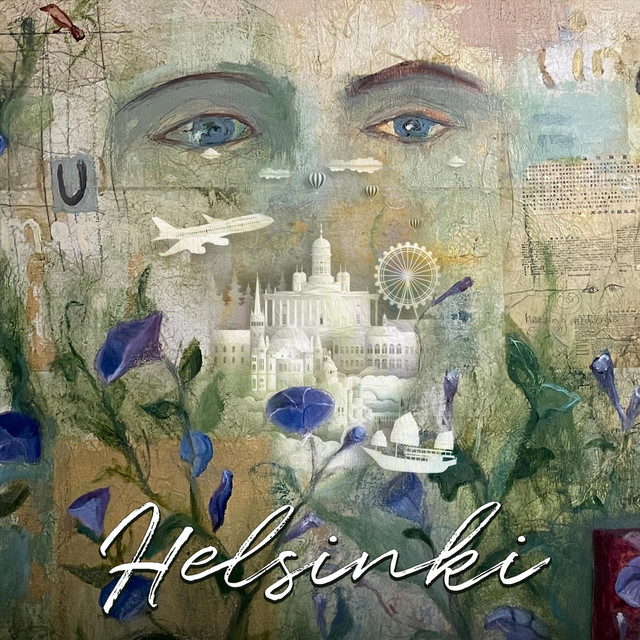 “Not everyone needs huge accounts in banks or conquering space open spaces in life. Most of us need simple, human needs - to hear how the wind sings behind green hills, murmurs a stream and plays a melody of guitar. Human needs human! -Mike rufo- This understands perfectly and shares with us his simple and sincere feelings.” (Automatically Translated with Google Translate)

APHn – We Got The Fire

APHn – We Got The Fire
(Spotify) “"APHn" from France rise the temperature even higher with funky House melodies and uplifting vocals. This release can quickly lift your feet from the ground and stimulate the mind. Listen on repeat for a complete music experience.”

I Used to Be Sam – Grateful

I Used to Be Sam – Grateful
(Video)

“This track can be compared with a research mission on the subconscious of the author. Deeply personal and very fragile, like our hearts of a song, the mood in which is shrouded in as if fog after cold, autumn rain. Chic arthouse with the taste of alt pop sound, with an outstanding vocal.” (Automatically Translated with Google Translate)

Internationally acclaimed singer, songwriter and musical artist I Used To Be Sam (aka Annie Goodchild) announces their self-titled EP, set for release on 16 September. I Used To Be Sam also shares their last single, ‘Grateful’, before the release of the EP out on 16 June.

With their latest single ‘Seamstress’ championed by COLORSxSTUDIOS and Notion, and their track ‘Gentle,’ landing a premiere on Wonderland, I Used To Be Sam steps into a complex journey of transracial adoption and self-discovery on their new EP ‘I Used to Be Sam’ – an explorative new collection of deeply personal, cinematic, left-field pop, all wrapped up in the singer’s distinctively illustrious voice.

Originally written on piano, I Used To Be Sam continued work on the track with producer Novaa, adding further layers and movement. Something about it’s droney playfulness just felt right – “This whole experience of coming into my adoptee identity, DNA tests, and heartbreaking rejections have been a real journey and I wanted the song to have a fairytale wandering through the woods kind of vibe.”

An apt final single before the release of the full record, ‘Grateful’ is a song of reflection; for the work that she has done to get here, and also a thank you to the people in her life who have helped her get to this point.

They continue, “my chosen family has really stood by me throughout this process, both artistically and personally. So I needed to have a song that was a ‘thank you’ to them and that part of myself. The other aspect of this song is about being ready to walk away from my own damaging cycles, and other’s toxicity. I feel like I have enough perspective now to start seeing how some of my trauma responses attract toxic and manipulative people and thought patterns. And that’s something I not only want to change, but also need to change to keep evolving.”

Previously known for her work as Annie Goodchild and as a featured singer in the musical collective Postmodern Jukebox, the new project sees a shift in musical direction for the multi-faceted artist, as well as a deeply personal exploration of their identity and adoption journey. The devastation and passion pours out of every track on this complex and enchanting record.

On a gruelling songwriting trip to Berlin in 2020, I Used To Be Sam had a life changing experience working with a queer, female, POC producer. Up until this point, they had primarily only worked with white men, given the lack of diversity within the music industry. However, after meeting this new producer, who they more closely identified with, I Used To Be Sam felt comfortable enough to open up about their adoption story, speaking candidly about meeting her birth father for the first time, and the agony of trying to reconnect with her biological mother which was met with hostility and rejection. As the artist recounted their experiences, she confirmed her birth name had been Samantha, “After telling my story, I looked up at the producer and she was crying. In that moment, the name I Used to Be Sam came to me. I decided I couldn’t make Annie Goodchild music anymore, because Annie was who I had to be to get to this point. This new project was something I needed to create so I can continue to grow and evolve.”

Following this life-altering moment, I Used To Be Sam became impassioned to use their music as a vessel to bring people with shared experiences together, and to open up the narrative around transracial adoption from the perspective of the adoptee, which is very rarely heard and explored. She has created a community with other transracial adoptees (TRAs), many of whom she has interviewed for this project. Fragments of their stories can be heard throughout this new record.

I Used To Be Sam’s self-titled debut EP is set for release this Autumn, and marks a pivotal moment for the artist making the bravest, freest and most confronting music of their career. 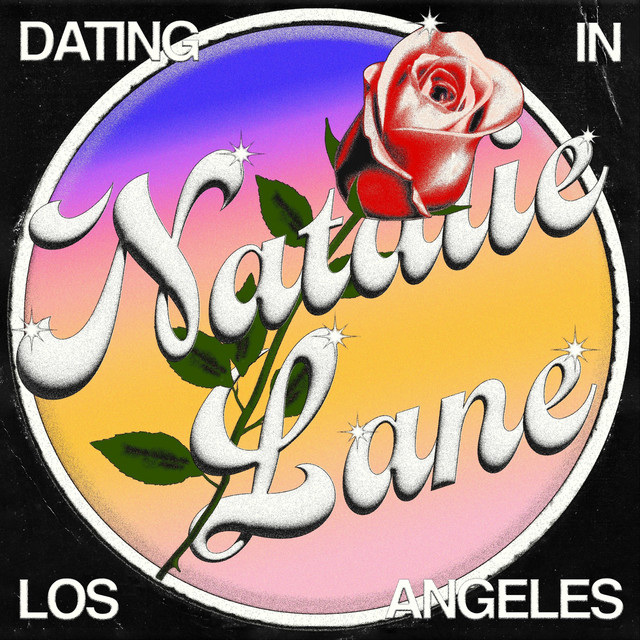 “The new song -Natalie Lane- I want to listen again and again, delving into the text and enjoying her in a gentle voice. From the Alt Pop melody you will receive incredible pleasure, it is so harmoniously built into the general thread of the narrative.” (Automatically Translated with Google Translate) “For those who seek the different in music, "Spectre" drifts among IDM, Glitch and Garage. Modern sound arrangement built on vibrating echoes. The vocals bounce and pan around you, while the beat leaves the impression that is something alive.”

Songs and music artists that has win Nagamag’s attention. Timeless sound harmony and unique personalities that are worth extra attention! With no specific release date or music genre, fine music never expires. 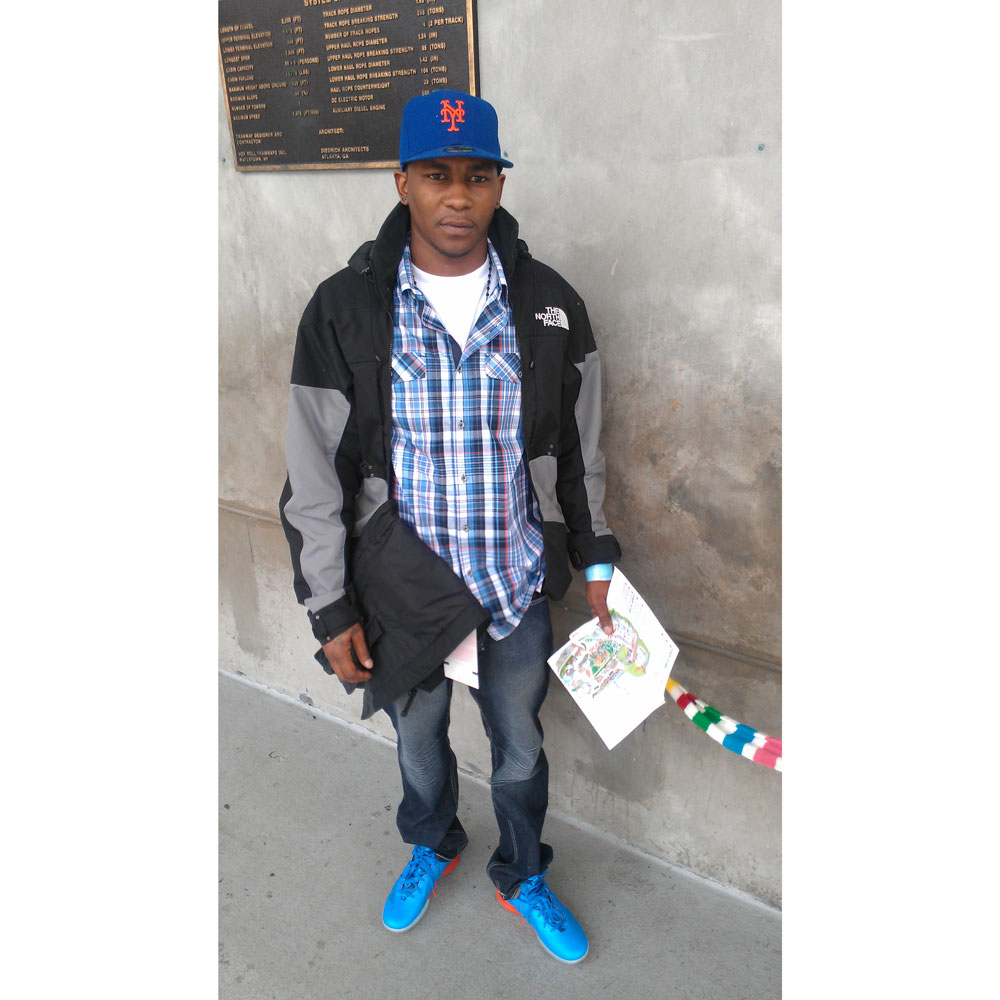 Jon Hannz:
I been writing since a young lad. As a teen I was introduced to Hip Hop, in my early twenties I began to take it seriously as a career. I then realized my passion and how I wanted my Hip Hop to come across.

Jon Hannz:
Earth Wind and Fire "Keep your head to the sky"

Gifts From Crows Interview on Nagamag

Nagamag, carefully handpicks and invites for an interview part of the most interesting artists around the scene and share a few words with them. Through Nagamag you get a small insight of their own music world, offering in few lines the most interesting parts about their art and helping listeners to discover easier new music and few more details about their favorite artists.

The information and mastering are made at a very high level and over all this splendor, as at the peak of the high mountain, the original voice rises -goldie V... >>> Read more & listen to this song on Nagamag #bedroom #lofipop #altpop #nagamag #musicmagazine

What happens if you reduce the positive wiber of the reggae genre and a solo of an electronic guitar in a single mix, whose melodic riffs leave scars on the he... >>> Read more & listen to this song on Nagamag #reggae #rock #nagamag #musicmagazine

-Adam Jesin- very successfully mixes Soft Rock and Indie Rock, creating its own unique and instantly recognizable style. But against the background of all thes... >>> Read more & listen to this song on Nagamag #singersongwriter #softrock #indierock #nagamag #musicmagazine

I Used to Be Sam – Grateful

This track can be compared with a research mission on the subconscious of the author. Deeply personal and very fragile, like our hearts of a song, the mood in ... >>> Read more & listen to this song on Nagamag #adultcontemporary #folk #altpop #nagamag #musicmagazine

The immersion effect is achieved by a beautiful and melodic sound of synthesizers and a hypnotic voice. Very positive music echoes the dramatic text, but betwe... >>> Read more & listen to this song on Nagamag #adultcontemporary #nagamag #musicmagazine

The anxious spirit of Greg Guillaume calls for adventure and unleash of hidden powers via this exclusively Epic track. Full of energy, ecstatic and with excell... >>> Read more & listen to this song on Nagamag #cinematic #epicmusic #neoclassical #nagamag #musicmagazine

Jack in Water – Let Down Your Guard

Do you remember the day when you opened the doors of your soul to the one who trusted and how much your heart was knocking at that moment? In the melody of thi... >>> Read more & listen to this song on Nagamag #singersongwriter #indiefolk #acoustic #nagamag #musicmagazine

What emotions this composition gives is impossible to convey in words, and with feelings too. -Millar Jukes- wrote just a magnificent track in the genres of Bl... >>> Read more & listen to this song on Nagamag #blues #indierock #nagamag #musicmagazine

Buddha’s Sister – Walls of Sand (You Should Know Me)

It is simply necessary to focus on how this track is harmoniously drawn up. The ideal dynamics and structure of the narrative, the unity and balance of the voc... >>> Read more & listen to this song on Nagamag #folk #alternativerock #altpop #nagamag #musicmagazine

A Heart Of Gold – Fizz

This music is created to calm and relaxation of your soul. Just feel the warmth with which the rhythms of Lo-Fi Pop and Synthwave sway you on their waves. Ate ... >>> Read more & listen to this song on Nagamag #bedroom #lofipop #synthwave #chillwave #nagamag #musicmagazine

Beautiful layers of a music emphasy, a pleasant background vocal, which seems to soar somewhere in the distance, a minimalistic melody of the piano and light, ... >>> Read more & listen to this song on Nagamag #lightdrum #bass #nagamag #musicmagazine

We are on hunt for music news, releases, interviews and everything about music industry could be interesting for music fans. Hundreds of songs and interviews have been hosted on Nagamag through this time and our magazine is going on for everything about music that worth discovering! Find below the latest music discoveries that Nagamag brought for you!

Discover all the latest music news >>


Our official and main Spotify playlist is based on wonderful vocal music from various genres as pop, downtempo, trip hop, electronica etc. Carefully handpicked music which amazed us either for the great vocals or lyrics, sound design with diversity or both. Follow & listen to discover more great music daily.


When music is visualized the listening experience is stronger and the understanding of the message an artist want to deliver more clear. In this Youtube playlist Nagamag.com handpicks selected videos, from our editorial, with continues updates among various genres as ambient, neoclassical, pop, electronica etc.

Random Picks all over Nagamag

Music tracks may get old but they never become history… Here you will find some random posts about music that have been published on Nagamag music magazine. This section is dedicated to everything that has been posted on Nagamag, as older music reports matter as much as the fresh ones!

Main Nagamag’s purpose is to boost extraordinary music that is yet to be discovered by listeners that are still wandering about its existence. Nagamag carefully selects and reviews beautiful and quality music in order to deliver it to more audiences while supporting and encouraging its songwriters/ music composers/ music artists to bring more fine tunes to people!

Each music video and music song is free to be listened using the provided third party services (e.g. play music through Youtube, Spotify, Soundcloud, Bandcamp players) as it is provided by these services.