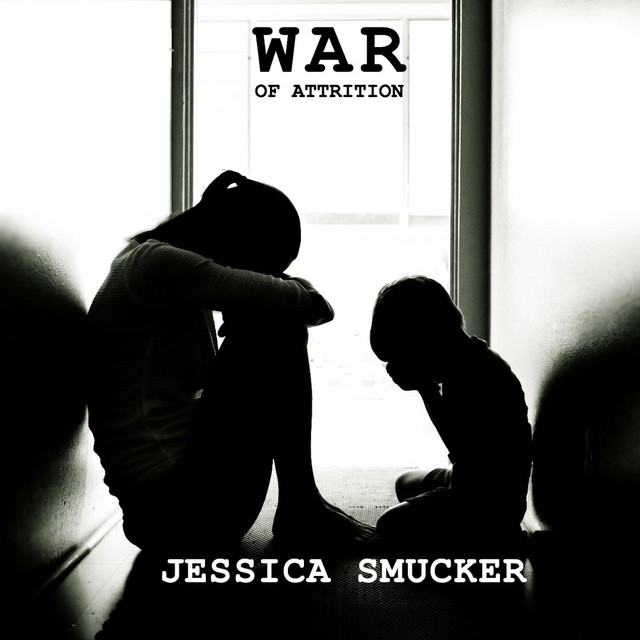 “When there are feelings in music that are reflected in melodies, vocals and text, then instantly transmit the entire energy message to their listener. -Jessica Smucker- wrote a very powerful and sincere composition with a living accompaniment and coped with its task 100%!” (Automatically Translated with Google Translate)

Jessica Smucker believes that the best way to change the world is to channel our pain into connection. Her songs have a way of reaching deeply into people's souls and inviting the kind of reflection that feels both reassuring and unsettling. Wrapped in catchy melodies, her lyrics appear simple and relatable on the surface, but each listen will uncover more hidden pockets of nuance. She's the kind of writer and performer who can lull a noisy room into a hush with a single line.

Although Jessica cares deeply about big picture issues like social justice, she tends to write about life's more intimate moments. How it feels to walk through an empty house after love has left it. The difference between carrying a child in the womb and mothering them in the world outside. The particular ways a happy marriage can slide into decline. The simultaneous rush and terror of falling in love. The way humans can hunger for things (like peace on earth, or god) we don't even believe in. The tricks and techniques we all use to shield ourselves from the kinds of knowledge that might lead to pain.

Jessica is based in Lancaster, PA, very near the tiny rural town of Bird-in-Hand where she grew up. Two of her grandparents were born Amish, and she was raised in the Mennonite faith tradition - by a family full of storytellers, activists, adventurers, and pranksters. Although her town was small, the bigger world never seemed out of reach. She felt empowered to engage and explore it.

Her discography spans from 2008-2022 and includes two EPs, three full-length albums, and a handful of singles. The Sleeping World (2008), a self-titled EP released by Jessica's first rock band, was recorded by Seventh Wave Studio in Harrisburg, PA. 2010 saw two releases, both recorded in Lancaster, PA basement studios: Reluctantly Yours (EP), a stripped-down acoustic recording featuring mostly piano, violins, and banjo; and This Broken Moment (LP), a full-band album released as Jessica Smucker & The Sleeping World. It wasn't until she started working with producer Chad Kinsey in 2012 that Jessica really found her stride as a recording artist. Tumbling After (2014) was produced by Kinsey and features bassist Mike Bitts (The Innocence Mission), drummer Paul Murr (Jeffrey Gaines, Fauna Flora, Jackie Evancho), and guest vocals by Heather Maloney (appearing courtesy of Signature Sounds Recordings) and Keith Wilson (Movies With Heroes). Lucid Stories, Tentative Lies, recorded with the same production team, dropped in October 2020, followed by an irreverent Christmas single, "Let's Get a Tree" in December of that year. Since then she has released four singles - "Dinosaurs" (August 2021), "Rose of Jericho" (October 2021), "Stones to Throw" (February 2022), and "Phoenix" (March 2022) - towards a full-length album, After the Meteor, forthcoming in 2023.

In her life beyond music Jessica is a published poet and essayist, a social justice warrior, freakishly good at Scrabble, and mother to two of the smartest people she's ever met in real life.