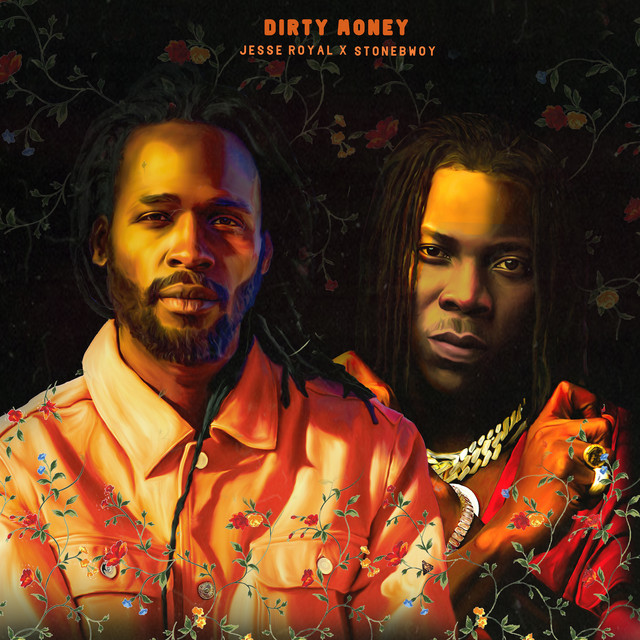 “The new song of -Jesse Royal and Stonebwoy-, creates a unique atmosphere with its melted carefree rhythm of reggae. Such a release proves once again that good music is a special kind of art for the ears and soul too.”

Jesse Royal teams up with Ghanaian Afrobeat/Dancehall star Stonebwoy for “Dirty Money,” where a lilting African-influenced rhythm track propels the lyrics’ unrelenting condemnation of political greed: “If education is key, why you can’t make it free for we? Or is it because you profit from poverty? When you look at me do you see a man or do you see another vote for your party? Not even holy water can clean your dirty money.”

The track is the latest single and fourth release from Royal’s upcoming sophomore album, Royal, due to come out June 11 via Easy Star Records. The single follows "Rich Forever" which had an accompanying video premiered by The FADER this week. The new song “Dirty Money” features a cross-cultural beat, co-produced by Grammy-award winning producer Sean Alaric (responsible for Koffee’s “Throne” and Teyana Taylor’s “Bad”) and Jesse himself and captures the sounds of Jamaica and Africa.

The album title Royal describes the quality of music he’s making but also offers a succinct definition of Jamaica’s signature beat. “Reggae is a different tone, a different feeling, a different mood. It speaks to you in different ways, it is definitely royal music,” says Jesse. Jesse adopted a new approach for creating the songs on Royal, collaborating with like-minded colleagues and just letting the creativity flow. The result is 11 tracks that incorporate live instrumentation and programmed riffs, experimental and traditional sounds, all of which contribute to Jesse’s most impressive body of work to date. The messages delivered throughout Royal are militant yet divinely inspired, profoundly moving and politically provocative, while the album’s multi-textured sonics are rooted in reggae but also incorporate a 21st century burnished palette of influences.

Jesse Royal is an internationally acclaimed singer, songwriter, performer, and recording artist from Kingston, Jamaica. Renowned for his numerous 21st century reggae anthems including “Modern Day Judas,” which rails against bad minded people and 2015’s “Finally,” which was written in recognition of the long overdue decriminalization of marijuana in Jamaica, Rastafarian singer/songwriter/musician Jesse Royal is one of the island’s most charismatic young talents. His debut album Lily of Da Valley (2017) hit #1 on the U.S. Billboard Reggae Album chart, and his eagerly-awaited follow up LP Royal will drop June 11, 2021. Both albums are released by Easy Star Records. Through vivid storytelling rooted in the belief of a universal truth, his music carries a message of hope, strength, love, and consciousness. Not just a musician, Jesse Royal is a father, a community activist, a thought leader, and a global citizen guided by his spirituality and sense of righteousness. Over the course of his career, Jesse Royal has been blessed to collaborate and create with some of the world’s most respected artists, musicians, and producers including Sean Paul, Vybz Kartel, Protoje, Chronixx, Noise Cans, Steve Aoki, Damian Marley, Major Lazer, and many others.