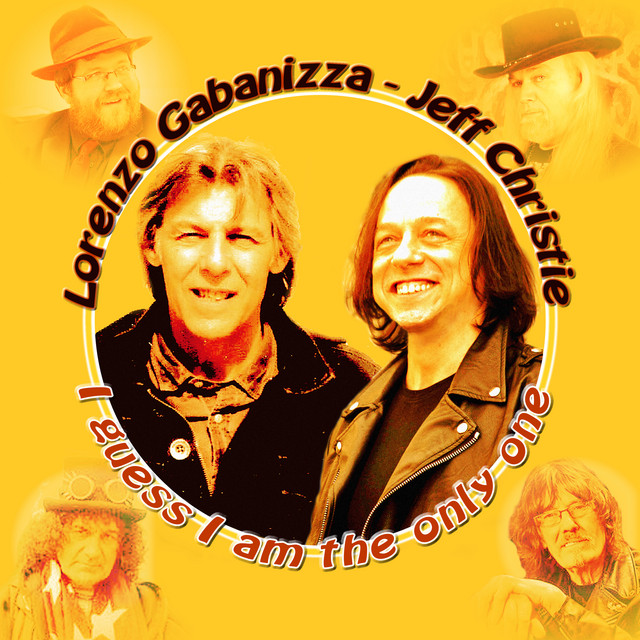 “You listen and wonder how much everything sounds organic and monolithic in this song. Instrumental music and vocals met each other in this vast world and created an amazingly harmonious and beautiful sound Classic Rock!” (Automatically Translated with Google Translate)

Hot off the success of their first single together, “You’re Not There”, popular Italian artist Lorenzo Gabanizza and rock icon Jeff Christie will release their anticipated second single, “I Guess I Am The Only One.” To the delight of Christie fans worldwide, the song will also feature former Christie band members Paul Fenton on drums and Kev Moore on bass! “I Guess I Am The Only One” will be released on July 10th, a few days before Christie’s birthday, on MTS Records.

The duo of Gabanizza and Christie is unstoppable. Jeff Christie is the legendary former lead singer for the rock band Christie who sold 30 million copies of “Yellow River” and Lorenzo Gabanizza is a hit singer-songwriter who has amassed more than 200K Spotify streams and 11K monthly listeners with chart-topping songs. On “I Guess I Am The Only One”, this charismatic, hit-making duo bring two amazing vocal talents together to sing about love, inclusion and acceptance. Their catchy country song is about being grounded in who you are and believing in love even when others are trying to bring you down.