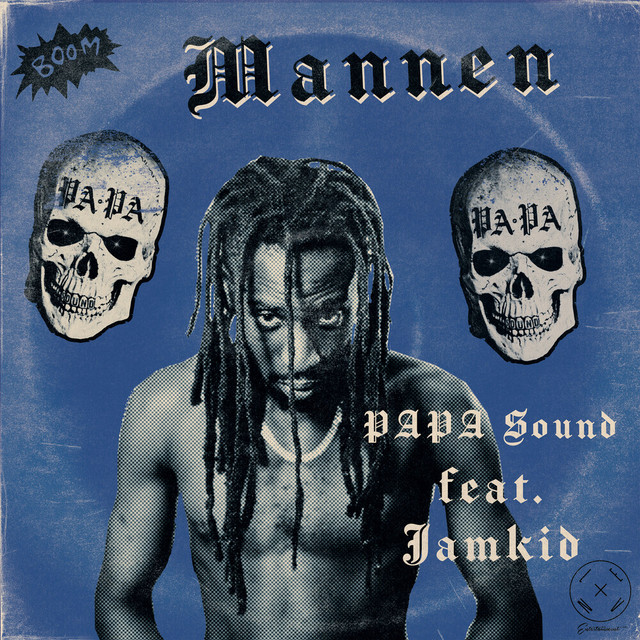 “Caution! The music that can drive you crazy! This single brought the dynamic genres of dancehall and afrobeats together. High energy supply and hot lyrics. If the nature of music had a name, this would be "Mannen"!”

PAPA Sound are a Swedish producer duo, consisting of Patrik Arve and Paolo Albo formed in 2020. Patrik Arve has a lot of songs in his bagage, amongst the hit ”Cobrastyle” with Teddybears which has topped lists worldwide. Also Pablo Albo (Wavedogs) have reached previous success with hiphop/RnB artist Rawa who climbed at Spotifys playlist Top 50 Viral Sweden immediately after release of the song ”Jag vill vara med dig” PAPA Sound have cooperated with singers from Jamaica and Africa at the earlier released singles. The new song ”Mannen”, with release date 26th of March, is a collaboration with Jamkid who is a dancehall/Reggae artist from Rågsved, earlier played frequently at P3. In the song ”Mannen” he sings about a beef between two friends in the suburb. In the music video you can see a tribute to his hometown, where he still live and create, through a dance battle between Jamkid and ”the red guy” at a square in Rågsved. Jamkids own words about the song: ”Mannen is about loyalty and suburb friendship that leads to disappointments. Many guys call each other ”bro” ”fam” ”akhi” and so on, but when the backsides of the streets such as money, hype or drugs shows they turn their backs at each other instead of remember that you belong and have shared experiences and success. The word ”Mannen” means in the rough ”Hey, what are you doing!” in an upset way. With their common passion for the raw and warped PAPA Sound creates bass driven tunes inspired by Afrobeat, reggae and dancehall and we can look forward to continuous releases in the near future.