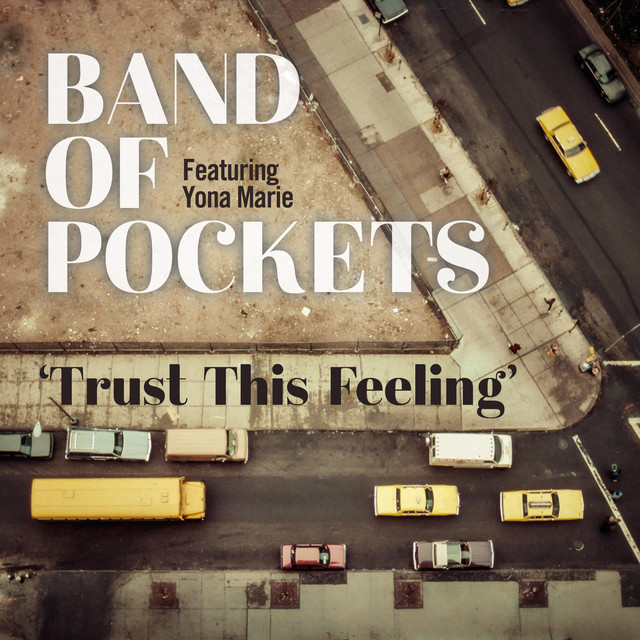 “Sometimes we all want to relax and get away from the hustle and bustle; spread your wings and dissolve in pleasant memories. It is at such moments we listen deeper and save to our playlists good music and the new album Band Of Pockets - Trust This Feeling is such an excellent addition.”

A new band, founded in the eye if the pandemic storm, brings you soul and disco.

Feel Like Home is like a great Roberta Flack soul-number, with a gospel-choir, a beautiful flugelhorn, and some jazzy vibes, telling the story about finding that person that makes you feel at home.

Founded in the pandemic year of 2020, by songwriter and composer J.O. Nilsson, Band of Pockets will take you on a journey through soul, nu jazz, R&B, disco and funk. “Trust This Feeling” is their first release: an EP with 4 songs, created in situation where people can’t meet physically in a room, but instead share their talent and musicianship through the digital domain. Sending love, and files, via satellites into the magic heart of multitrack creativity. Thanks to this, Band of Pockets consists of members from all over the world; Sweden, USA, Brazil, Spain… They’ve come together, and they’ve nailed the vibe and the groove just like if they were playing together in a room. Who they are?

Rachel Marie Moore, also known as Yona Marie, born and raised in Maryland and parts of Washington DC, is a singer most known for releasing 'The Luv Exposure', featuring artists, producers, and singers from around the US. The lead single was featured on a Majormix release which included Chris Brown, Ace Hood and Tyga.

Jason Meekins is a drummer from Austin, Texas, and has worked with famous smooth jazz artists, and plays funk, soul and gospel in the Texas area.

Tomas Olsson, the Swedish keyboard wizard, who has been around the Swedish funk, fusion and pop-scene for decades.

Last but not least the famous bassist, “SV”, who, due to legal technicalities, is a well-kept secret. But the groove and the genius basslines might give him away.

All supervised by guitarist and songwriter J.O. Nilsson, composer of over 100 songs on Spotify. When asked what’s the point of putting a band together these days – a band that hasn’t even met for real – J.O. Nilsson answers: “We HAVE met. We have met in music. If you listen, you can hear it. And these are great times to engulf in creating new music.”

This is the foundation for Band of Pockets, then they blend with guests from all over the world, depending on the song, the arrangement and the feel. In that sense, Band of Pockets has a solid core, but a floating, curious and inviting soul. Welcome.