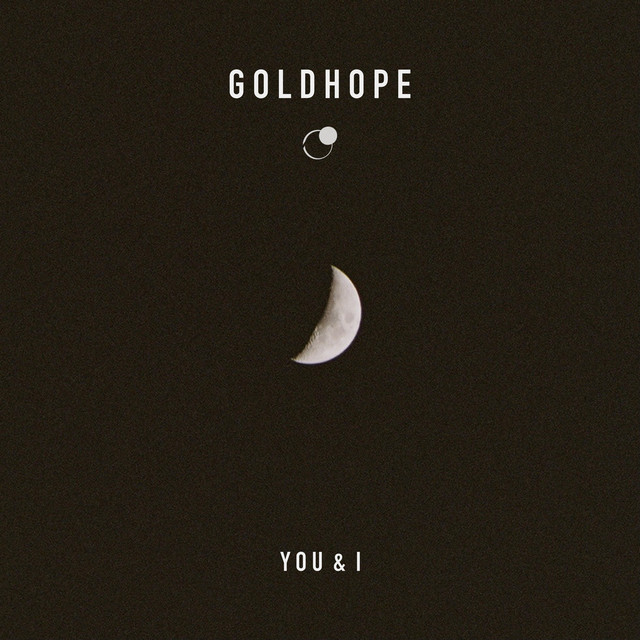 “Are you a social person or you prefer to walk alone? A song that gives emphasis to the benefits of a good company in our life. Soulful lyrics and elegant singing with alterantive electronic soundscapes. The hope we need to overcome obstacles, to keep going on and on.”

You & I was written about the battle we often feel within ourselves, those unrelenting anxieties that can feel so alien and confusing to who we really are. It lives inside a part of your mind you don’t really understand, that doesn’t serve to help you in any way but thrives on making itself known at the most inconvenient of times, without invitation. This song is about facing that voice in your head, calling it out and realising that it does not define or control you, and knowing that you can break free from it.

GOLDHOPE are an ethereal alt-pop duo from North London comprising of members Zelah Van-Gowler and Elliot Neale. Encapsulating a distinctive blend of moody, raw and electronic soundscapes with soulful vocals and a focus on sultry, introspective lyrics, there is an all-encompassing range of human emotion and feeling to be found within the music. Prominent influences include BANKS, London Grammar and Sharon Van Etten.

The pair met whilst studying at university, with Zelah a keen writer and solo artist, and Elliot a budding lead guitarist and producer, and, having experimented with different sounds and projects of their own over the years, including their previous joint project under the name ZELAH, the two are now further refining their identity as collaborative artists in 2021 under their new name GOLDHOPE.

They are set to kickstart the year with their sophomore EP ‘Divided’ due for release in May, in the hope to build upon their previous successes in 2020 which saw them support Asgier at Shepherds Bush Empire back in February, and their debut EP ‘I’ receiving pick up from BBC Introducing in Cambridgeshire, CLASH mag and Spotify’s Alt.Pop and New Pop UK playlists.