Richie Necker – He Was the King (Spotify)

Richie Necker – He Was the King
(Spotify) 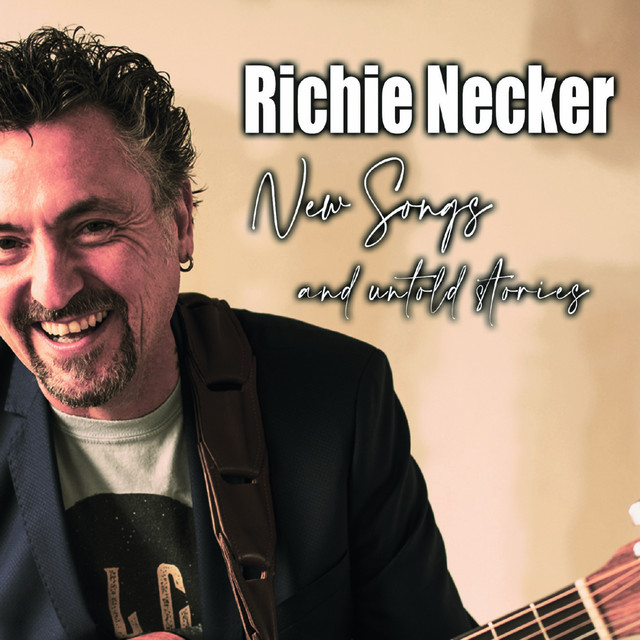 “The quality of the musicianship is the first thing that hits you right between the eyes quickly followed by the flawless production and superb guitar parts played by Richie Necker. With a distinct Country Rock flavour and smooth vocals, ‘He Was The King’ has a raunchy Steely Dan type vibe complete with brass, saxophone solos and a mellow pedal steel for good measure. Great Track.”

Richie Necker has often excited his audience in germany and in neighboring european countries with his stage appearance, his guitar playing and his distinctive voice. He regularly plays over 200 concerts a year, solo or as a band member, and has accompanied many well-known stars as a “sideman” on tour, in studio and on TV shows.

The “Guitar Man” now presents his fifth solo release with the upcoming album “New songs and untold stories”. The songs are carried by wonderful melodies and strong hook lines. His music has a deep personal and emotional ambition that convinces the listener - direct, straightforward, authentic. You can immediately feel the emotions and the strong musical nature that has already stood and still stands on countless stages internationally.

Richie's life is the music, and so the "lockdown" in November 2020 was the trigger to dedicate himself to the production of a new solo album and to counter the generally unfortunate situation with his music. Because there are always enough “New songs and untold stories” to sing and tell. And that's exactly what Richie does almost single-handedly on the album. Guitar pop and rock, singer / songwriter and “Americana” songs, ballads and guitar instrumentals convince from the very first listen - direct, straightforward, authentic. Carried by wonderful melodies, strong hook lines, immediately noticeable emotions and deep musicality, which Richie Necker shows also regularly on countless stages internationally.

"Give me a new song - every day!" is Richie's answer to the current situation for musicians. So take every day as it comes, make the best of it, make music, write new songs, do your “own thing”, keep rocking through the crisis !

Richie Necker is a thoroughbred musician who captures the spirit of the world language music with his guitars and his voice.

The love of music has been at the center of his life since he was a child. He has been on the stage incessantly since the early 1980s and has participated in many successful productions. As a “sideman” he has accompanied stars from various areas of the music business on tour, in the studio and on TV shows.

Since 2002 he has been a member of the Europe-wide successful Italo band "I Dolci Signori", and was on stage for several years with the cabaret artist Hannes Ringlstetter (2012-2016). Since 2017 he can also be seen in theaters as a musician and performer of the successful musical "Azzurro".

As a solo artist and with his trio, he is on tour non-stop and is regularly producing his own albums. The 5th solo album "New songs and untold stories" has now been released on June 11th, 2021

With pure simplicity, with some beautiful repetition and highly original modal harmonies, this composition is a huge reminder of Erik Satie and his style. Wit... >>> Read more & listen to this song on Nagamag #solopiano #neo #modernclassical #traditionalclassical #nagamag #musicmagazine