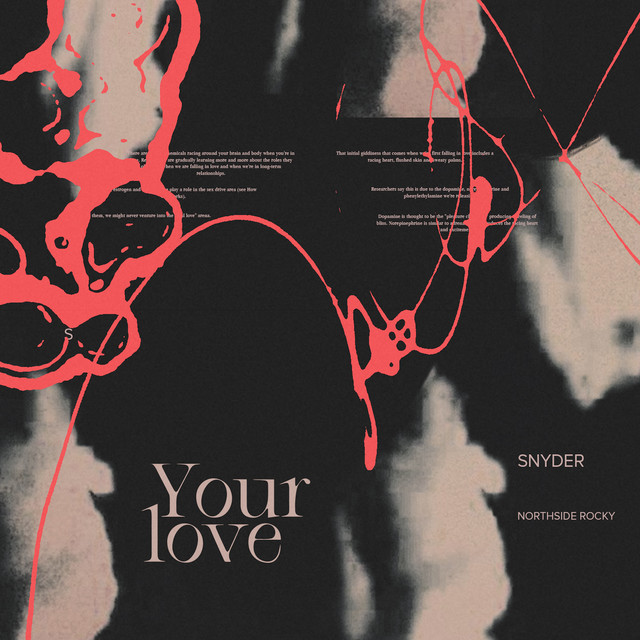 Despite 2020 being full of curveballs, Snyder has been one of the consistent treasures this year has to offer. All leading up to the release of his debut artist album later this year, Snyder drops his most recent single from the LP, “Your Love” featuring Northside Rocky. “Your Love” sees its release on Friday, July 24, fully equipped with a mesmerizing official visualizer.

“Your Love”, the spellbinding new single and visual from Snyder, is a summer-ready anthem from the multi-faceted artist, Snyder. This one will certainly have you moving and grooving from the second you press play — all leading up to its explosive, upbeat, funky, and can’t-help-but-move-your-body-style drop. Encompassing the perfect amount of chill vibes, coupled with Northside Rocky’s entrancing vocals, “Your Love” is both dance-floor-ready and serves up just the right amount of mainstream potential.

So, what exactly has Snyder been up to this year? Add “Your Love” to the already-growing list of tracks from the rising artist, who has been readying the release of his debut LP, which is slated for release this fall (date coming soon). Truly diversified as an artist, Snyder’s discography continues to build with tracks such as “Narcissist” feat. Dre of the East, and “Petrified” & “Thunda” feat. 51b.

The breakout talent has already received high praise from the dance music community, fellow artists, and critics alike, including rave reviews from Your EDM, Dancing Astronaut, Medium, The Nocturnal Times, CULTR, Digital Journal, EDM Sauce, Raver Mag, Music Crowns, Fresh New Tracks, Raver Rafting, and many more. Follow along to see what the rest of 2020 has in store for Snyder.

ABOUT SNYDER:
Snyder, hailing from Chicago, Illinois is a music producer and high-energy DJ that has recently blown up on the US Circuit. Sharing the stage with massive acts such as RL Grime, Gryffin, Shaq, Cheat Codes, Daya, Bonnie X Clyde, Bryce Vine, Chris Lake, Nukid, and More, Snyder has made a lasting impression with his high-octane performance energy and crowd-controlling sets. In just a short time, Snyder has received mass critical acclaim from leading publications such as Your EDM, Dancing Astronaut, Medium, The Nocturnal Times, CULTR, Digital Journal, Raver Magazine, Fresh New Tracks, Raver Rafting, and many more.

After a strong 2019, Snyder came away with upwards of 2 million streams on Spotify alone with releases like “Crazy”, “Sometimes”, and “Til Nothing is Left”. He takes a lot of his inspiration from the many places he has lived such as New York City, London, Chicago, Washington DC, and Houston, Texas and continues exploring new cultures as a source for his creativity.

This multi-instrumentalist is not shy when it comes to the studio either - from the age of 6 Snyder has been perfecting his craft on the Piano, Drums, Bass, Flute, Guitar, as well as several other instruments and in 2015 gravitated to the popular music production software, Ableton Live. Despite attention from several of the US household record labels, Snyder has maintained his determination on staying independent and developing rising artists - while growing his own record label under the moniker Family Recipe Entertainment.

Snyder takes pride in his versatility and enjoys playing many different genres of electronic music all the way from House to Dubstep - he loves sharing his energy with the crowds he is in front of and always has a wide selection to keep people moving.
www.snydermusik.com