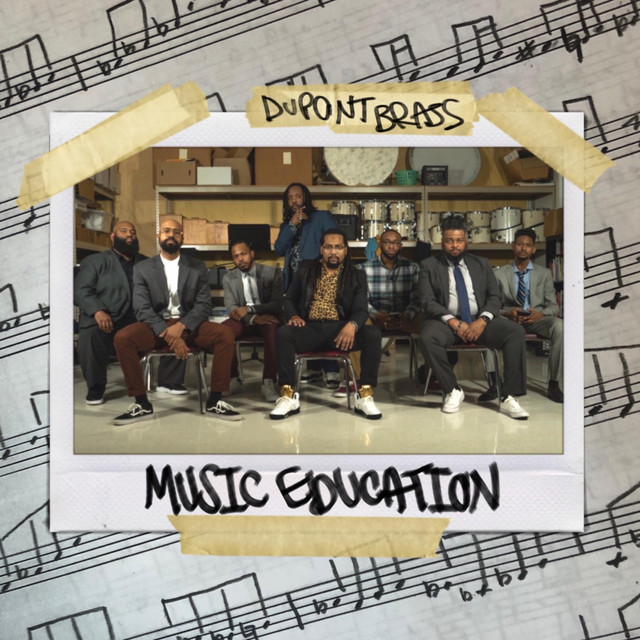 “-Homecoming- performed by -Dupont Brass- combines elements of Soul music and funk, where pronounced R&B and Hip-Hop draws an unpredictable rhythmic pattern, which makes the composition more energetic and memorable.”

On “Homecoming” DuPont Brass takes us on a trip down memory lane. They set the mood over a bed of mellow, romantic R&B. The music is laced with a sentiment of love and desire - and while the singer is pursuing a long lost lover, he is ultimately looking to recapture so much more than that. The incomparable feeling of youth. The freedom of possibility. And the chance to have it all before we’re too old to enjoy it. Mixing horn ensembles is an art form in and of itself, and the work done here is akin to the Mona Lisa. But unlike Leonardo da Vinci’s work, there is no
doubt that this song will leave a smile on your face. The band brings the song home with a guitar solo that sings out - reminiscent of great R&B solos brought to us by the Isley Brothers. Take a listen and share with a friend - you will surely find that the love is contagious.

DuPont Brass is a unique, soulful, brass ensemble hailing from the D.C. Metropolitan Area. Originally composed of five music majors from Howard University trying to raise money for tuition during the Christmas season, they have now grown to a 8-piece ensemble consisting of brass, a rhythm section, and vocalists. Gaining popularity from playing at local Metro stations, DuPont Brass started out professionally playing for weddings, banquets, and other private events in the surrounding area. Thanks to the foundation laid in their earlier years, DuPont Brass has had the opportunity to perform in conjunction with the D.C. Jazz Festival and on the prestigious Kennedy Center Millennium Stage. Consistently touching the hearts of the community with their heartwarming testimony, DuPont Brass has been featured on WPFW's “Live at Five” three times and featured in the Washington Post Newspaper five times. Through their training in both classical and contemporary styles, the young group has developed a sound that mixes varied genres of music, including jazz, hip-hop, and R&B. Their latest release entitled Eclectic Soul is a testament to that sound. Overall, the mission of DuPont Brass is to uplift the spirits of people with their music, not just in the DMV area, but across the world.