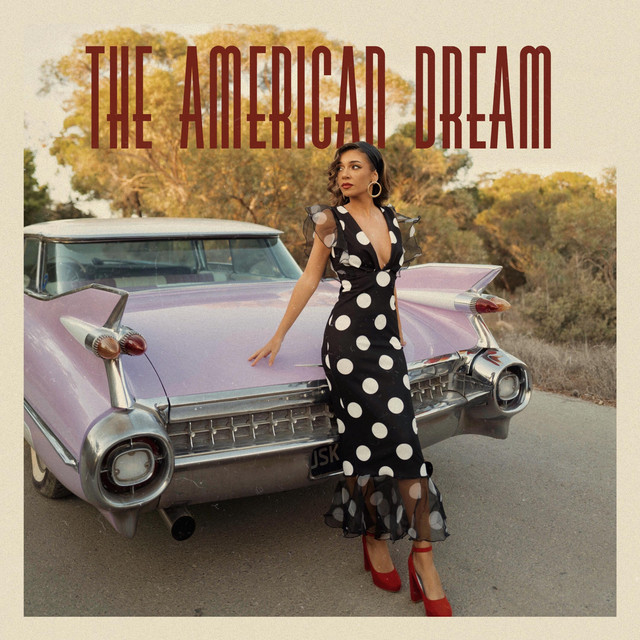 “Erika Soteri through a jazzy cozy sound atmosphere with her new single -The American Dream- and her hookiest vocal performance qualities, offer as a soulful chill song full of sweet harmonies. ”

The song is reminiscent to Hollywood's golden age. From the sound of the instrumentation to the texture of the vocals. From the style in which it was recorded in the studio, to the aesthetic of the cover art. The lyrics of the song shed a light on the corruption of the music industry and the sacrifices one must make in order to attain 'The American Dream'. It carries a melancholic tone, as it plays with the innocence of a child's dream versus the dark reality of trying to work towards achieving that dream. The track has a raw, authentic feel, in its lyrics, instrumentation and production that will speak to people's souls.

Erika Soteri is a powerhouse performer and a jazzy, soulful singer-songwriter who was born in London, England and raised on the Mediterranean island of Cyprus. The up-and-coming artist recently gained exposure following her success on the talent show The Voice of Greece. All 4 judges instantly turned around and fought to have Erika join their team. After her decision to join Eurovision’s sweetheart, Helena Paparizou’s team, Erika made it through the semi-finals of the show.

Born into a family of musicians, Erika began dancing, acting, singing and playing the piano at the age of 3 and began writing music by the age of 10. Her musical influences consist of Jazz, Funk, Neo-Soul, Latin and RnB and include artists such as Sade, Amy Winehouse and band Hiatus Kaiyote. Erika’s rich tone and retro, sultry, silky vocals, as well as her lyrics make her seem wise beyond her years. Her style is classically elegant and refreshing; an artist that will in no-doubt be cutting through mainstream and introducing the industry to a sound that is timeless yet still thoroughly original.