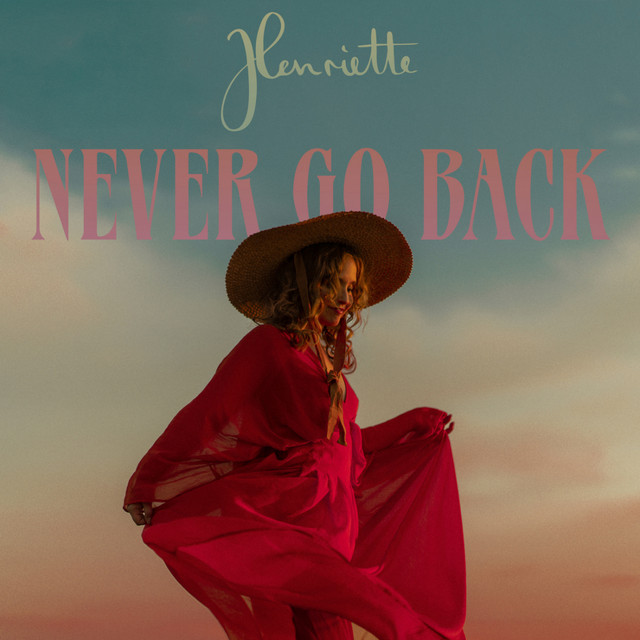 “Never Go Back performed by the magnificent Henriette - a journey to the amazing land of her dreams. A very cheerful song that lifts everyone who is lost in the abyss of the problems surrounding him from his knees.”

One of the greatest moments we all know, is the very first kiss with a person you love.

„once in a relationship experience“.

But there’s something even more special, something that deserves a lot more attention- and that’s the moment right BEFORE the very first kiss.

The moment when seconds turn into hours, make us fall and fly at the same time, our world is spinning faster but also standing completely still.

A crackling tension lies in the air- a tension that, sometimes, we can not handle.

So we rush trough it, skip the spark and go straight to the fire, pass over the uniqueness this moment holds.

With „Never go back“ HENRIETTE invites us to dive deep into the joy of anticipation,

to „slow down and take it in cause we’ll never be here again“.

Don’t push forward, cause there is no rewind.

With her Country Pop, which can be quiet as a breeze and fiery as the sun, HENRIETTE managed to make a mark directly in the scene. After her debut single “Dream Boy” went on rotation in countless countries on three continents, the vocalist up the ante with her singles “Lighthouse” and “Crash Like This” and finally made a more than successful start with her self-titled debut EP. Music Row magazine described HENRIETTE’s music as «a trip to a beautiful country» and even the famous British Maverick magazine called her EP «a promising debut» and nominated “Dream Boy” as one of the top 12 songs of the summer. Now, in the middle of the global pandemic, which she experiences as a creatively enriching time against all odds, the Berliner-by-choice announces her three new singles “Remember That”, “Never Go Back” and “Masterpiece”, which will be released this winter, just like the debut, via Dr. Music Records.

Numerous new songs have been written in the past months, some of them in video sessions across the ocean with songwriters from Nashville, but many of them also all alone, in an intimate lockdown atmosphere in her loft in Berlin. HENRIETTE does what she’s best at, music. Telling stories, reminisce, put the heard on paper and turn it into songs she hopes will touch and enrich others. This way, she continues to pave her way despite all the changes. The picture that the musician painted with her debut EP has now become noticeably more mature, more colorful and emotionally more courageous. The new songs expand the musical range, show previously undiscovered facets, dive deeper into her soul and take the listener on a journey into the American vastness, only to finally settle down again in his own heart. At the beginning of the Christmas season, on December 2nd, 2020, HENRIETTE starts her new cycle with the acoustic single “Remember That”, probably her most personal song so far. The emotionally melancholic homage is dedicated to her late father, who passed away on Christmas 2017. His musical affinity inspired the vocalist since childhood and ultimately led her to study music in Leipzig. The second single is about one of the greatest moments we all know, the very first kiss with someone you fell in love with. But there’s one more thing that deserves a lot more attention, and that’s the moment right before the very first kiss. Seconds seem like hours, in which the emotions are on a rollercoaster and in which the world seems to stand still. Butterflies, rainbows, fireworks, angelic choirs, high pulse, trembling hands, it’s all there. A crackling tension lies in the air. But we often can’t endure it, can’t withstand the intense gaze and we rush through this feeling and miss this special moment. With “Never Go Back” HENRIETTE invites us to dive deep into this joy of anticipation, to enjoy the moment and consciously perceive it, because it is unique and will never return in this form. If there’s one song that represents how much the singer has musically grown during the last year, it is definitely “Masterpiece”. Inspired by a bullying experience, it is both a confession of love to herself as well as a deep insight into the emotional path she has taken so far. The lyrics are honest and warm-hearted, the music sounds pure with a near majestic touch, the feeling is like a journey to the center of her emotions. Just because someone carries sunshine on his face doesn’t mean that he has never seen the rain. On the contrary, many brushstrokes have to be painted before a masterpiece can be created.

HENRIETTE managed to attract attention in a pretty short time with her cheerful, honest character and especially her great voice and not only to breathe new life into the Country scene as well as to gain new fans. With the new singles “Remember That”, “Never Go Back” and “Masterpiece”, she now provides new momentum and shows that really great atmospheric Country Pop can bring a happy smile to your face, even in the biggest crisis.