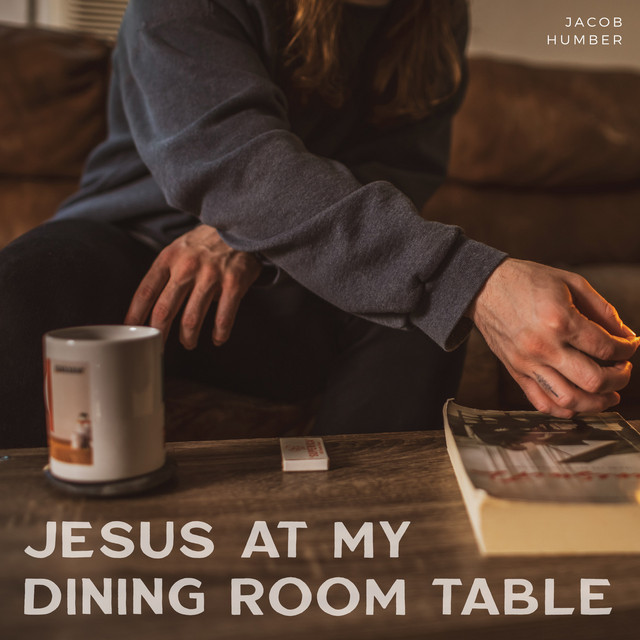 “In the life of many, the moment comes when faith comes into our house, filling our hearts with a good and a ray of light, in which divine power shines with bright fire. The new, acoustic melody -jacob Humber- helps to open the locked doors and let in God into itself.” (Automatically Translated with Google Translate)

Tackling religion is never an easy topic, but addressed well by Jacob Humber, who presents his opinion on religion in the form of the indie-folk infused ‘Jesus at My Dining Room Table.’ The song allows the listener to first appreciate the ethereal instrumentation and atmospheric vocals, then provides the ability and space for the listener to engage and question the lyrical content. Jacob’s lyrical content is truly impressive, as he exudes wit but also a relatable honesty on the state of our world.

Based in Nashville, Tennessee, Jacob began writing songs when his football career ended abruptly, and he’s gone from strength to strength. Taking inspiration from upbeat indie pop/rock and ethereal soft pop he’s moulded his own sound with an impressive lyrical accompaniment. With an already eclectic catalogue available, the singer-songwriter hopes to advance even further with his newest single.

Jacob reveals that the inspiration of the song came from college and his own personal experience of religion. “Toward the end of my time in college in Waco, TX, I started writing songs with a guy I worked with named Ben. We held similar sentiments on a number of conversational topics - one specifically regarding the character of Jesus from the Bible. He and I were both raised in evangelical christian households, and we both harbored frustration and sadness over who Jesus is hailed to be by "Christians," and who we've experienced this man to be in our own lives. The two versions of Jesus couldn't be further apart - something we would talk about often.”