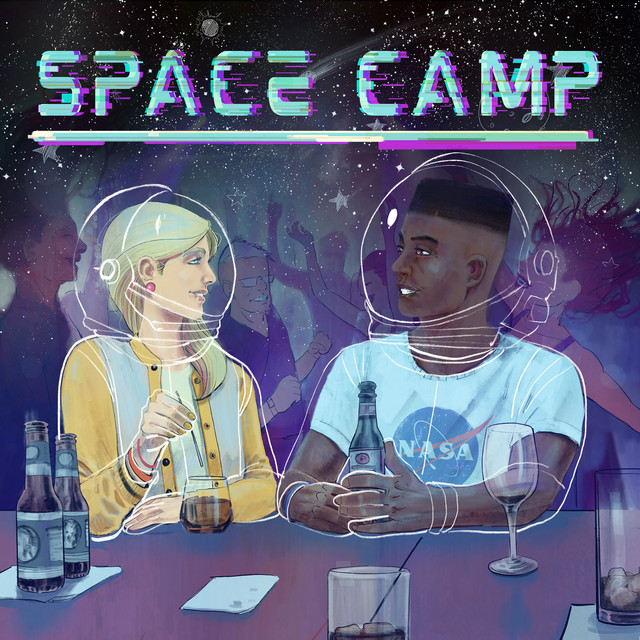 “Somewhere there, in a parallel universe, in the orbit of one of the planets a new track -paster child plays, in the rhythms and melodies of which guests and residents of the orbital station bathe. The rustling of percussion, romantic vocals and the ringing of glasses in cosmic weightlessness. (Automatically Translated with Google Translate)”

Excited to send you the new single from Nashville based psych indie pop meets funk soul duo Poster Child. Called "Space Camp", the psychedelic ballad features funk-filled beats and a dance driven chorus. The single tells the story of a nerdy summertime crush, one that many of us have experienced as teens.

"Space Child" is off of the duo's upcoming EP Super Nova set for release later this summer. The five track EP chronicles the story of an expanding cast of characters during a single wild night at Chateau Disco.

Poster Child is an indie rock band with a psychedelic funk twist. California-born vocalist/songwriter Theresa Gorella and guitarist/songwriter/producer Andrew Royal, who grew up in South Carolina, both met in Music City in 2016. The duo composes all of Poster Child's intricately arranged music and heady lyrics, though their music is always performed with a 5 piece band.

“We love working with older processes. Film, tape, tube amps... they each have an intentional nature to them. We approach the sound design of our music with that in mind, taking advantage of the unique signal flow of my studio [Silver Tongue Studio] to put some heat on a lot of the main sources, the kind you can only get from circa 1950s-70s gear. When we track it’s immediately nostalgic.” –Andrew Royal

Poster Child collaborates with artist Tyler Champion, who hand draws illustrations for each song they release. Together the artwork and lyrics tell the story of an expanding cast of characters during a single night at Chateau Disco.