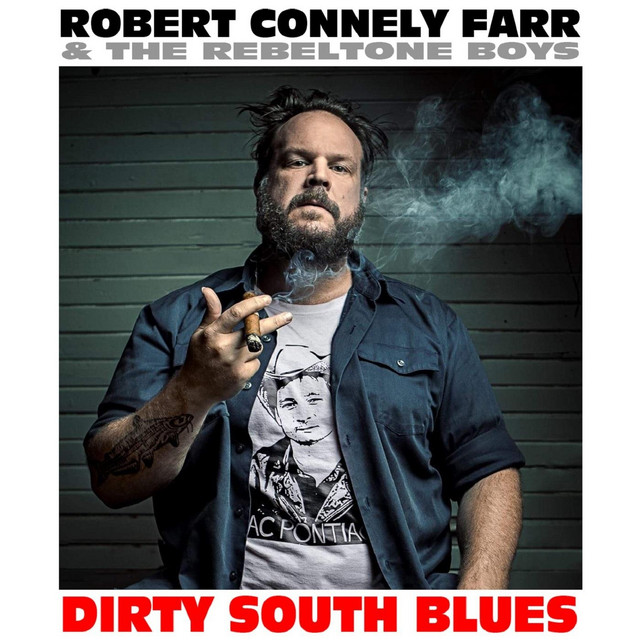 Robert Connely Farr is a songwriter originally from Bolton, Mississippi (Charley Patton / Mississippi Sheiks) currently residing in Vancouver, Canada. Since 2017, cherished elder Mississippi bluesman Jimmy “Duck” Holmes has been mentoring Farr in the Bentonia Style of the Delta Blues, an obscure style that Holmes learned directly from Henry Stuckey, who also taught Skip James, among others.

‘Dirty South Blues’ (recorded & produced by Leeroy Stagger) was released to widespread critical acclaim in various genres including Contemporary Blues, Americana & Indie Rock. Steeped in the haunting sounds of the Bentonia Style of the Delta Blues, the album garnered over 40 reviews in various publications & spent the better part of 2018 & 2019 on Canadian and International radio charts. As a result, Farr was nominated for Songwriter of the Year & New Artist of the Year for the 2019 Maple Blues Awards. The album was recently named by Greg Vandy at Seattle's heralded KEXP as one of the Top Albums of 2019.

Farr works closely with Jimmy "Duck" Holmes’ & his independent label Blue Front Records. And when Robert is home in Mississippi, he can most likely be found pickin' & grinnin' in Bentonia, Mississippi at Duck's renound Juke Joint - The Blue Front Cafe.