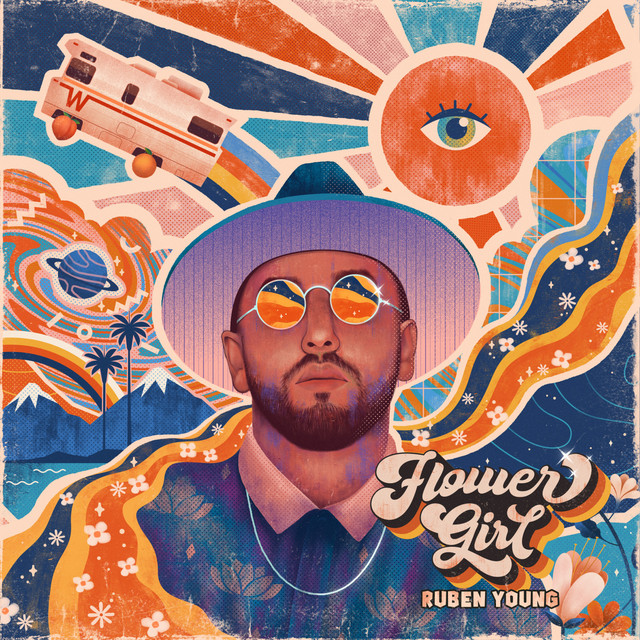 “The hot sun will offer you a beautiful dark tan, and the south wind will mess your hair with the playful groove of this song! The new single of Ruben Young, -Flower Girl- under Young + Lucky / Create Music Group Inc imprint.”

“Flower Girl” is a psychedelic, 70’s influenced soul single by Canada's rising R&B artist, Ruben Young. It's loaded with a lush brass section, hypnotic sitar, washed out boom-bap drums, and odes to the iconic free spirited 'flower girls' of new and old. Zoe Kravitz & Lisa Bonet, Margot Robbie & Janis Jolpin - something new, something classic. She comes into your life like a trip and teaches you to breathe the stress away.

"Flower Girl" is the first single following Ruben Young's debut EP, Dreamstate which dropped late 2019 - earning him nods as Apple Music Canada's New Artist of the Week, and features by Ones To Watch, Beats 1 Radio and BBC Radio One.

Blurring lines between his motown roots, a love for hip-hop and his charismatic pop-sensible penmanship, Ruben Young is a modern Soul/R&B artist and budding songwriter based in Toronto, Canada. His musical DNA is laced with influence from the likes of James Brown, Justin Timberlake and Mac Miller, but his stories are his own - a mixed race kid from humble beginnings who has dedicated his life to realizing his dreams. What began on a keyboard in his Trinidadian single momma’s basement has blossomed into Apple Music Canada's “New Artist of the Week” attracting +5 million streams and the stages of industry tastemakers such as Live Nation's ‘Ones To Watch’, as well as direct support slots for international icons such as Keisza, Akon, The Chainsmokers, Jarreau Vandal, Nelly, Phony Ppl, Classified and Jocelyn Alice.

In Fall 2020, the next chapter in Ruben’s career begins. Something new, something classic