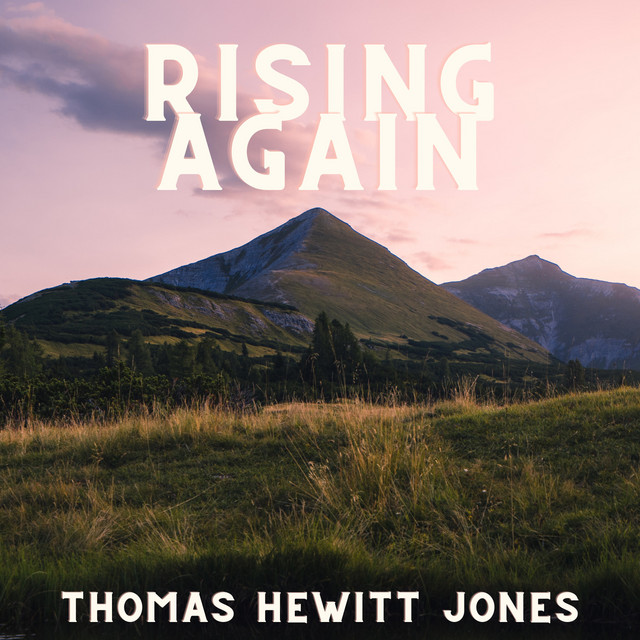 “Thomas Hewitt Jones with Rising Again under Vivum Music imprint, showcases his unique cinematic skills on how to sound design emotions, how well manages harmonies and layer them brilliant, creating unique atmospheres which could sync perfect on romantic films. ”

Artist shered with us few notes about the source of inspiration "I wanted to write a song about hope in difficult times, and triumph over adversity. This song's quiet poetry offers hope, consolation, and promise of good times to come. "

About The Artist
Thomas Hewitt Jones is an award-winning composer of contemporary classical and commercial music. Winner of the 2003 BBC Young Composer Competition, his music has been published by Boosey & Hawkes, Oxford University Press, Banks Music, the RSCM, Encore Publications, Universal Music, and is frequently heard on radio, TV and the cinema in the UK and abroad.

Thomas has written three ballets which toured the UK in 2008–2011 with Ballet Cymru, most notably a dance setting of Dylan Thomas’ masterpiece Under Milk Wood. His choral and instrumental music is frequently performed worldwide. He has also written numerous Christmas carols, including What Child is This? (OUP, 2012). Recent large-scale works include Wildflower Meadows, a song cycle commemorating the First World War, and the Christmas cantata Incarnation, released on Regent Records, both with words by regular collaborator Paul Williamson.

Commercial commissions have included work in America and scores for films in the UK, as well as music for the London 2012 Olympics Mascots animated films, with stories by Michael Morpurgo and narration by Stephen Fry. Thomas has also composed the music for a new musical version of Rumpelstiltskin which premiered at The Egg, Bath in December 2014. Recent performances include the premiere of a new set of songs charting the history of Bath with words by Paul Williamson (Bath Abbey, 2015), and the UK premiere of choral and orchestral work Panathenaia at the British Museum, commissioned by Hugo Ticciati.