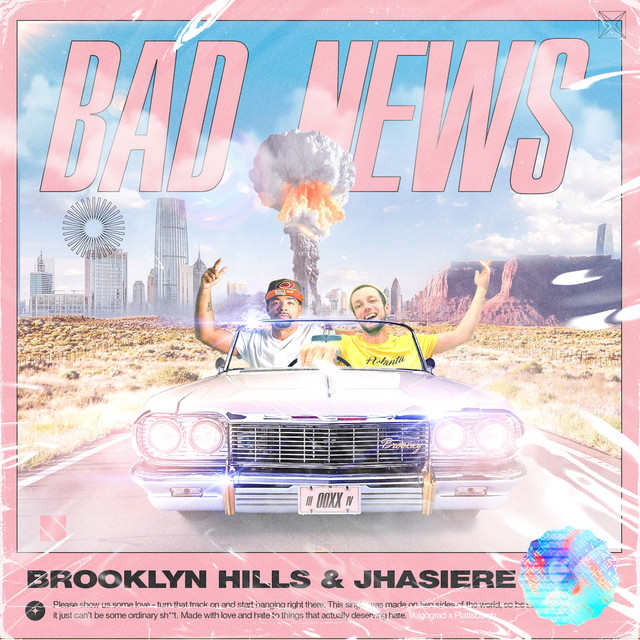 Brooklyn Hills shared with us:
"My idea in this track is - I see all those terrible events in United States as a total crisis of our thinking system.
We have a chance for a better tomorrow only in one case - if we massively cultivate the idea that the root of any problem exists inside ourselves"

Brooxxy was born in the Balkans, the Europe’s hottest spot, but at an early age left the country to Russia due to the Civil war in Yugoslavia.

Came to music in 2007 - the guitar became his first musical girlfriend.

In 2008, he created a rock band called Sittin' Bull, where he was a frontman and vocalist.

Over the years, he played hundreds of live shows, went on tours, and also suffered many failures, gaining extensive experience in the music industry. Collabed with a lots of artists and Grammy nominated producer Chris “Zeus” Harris. In 2016, he left the band and started his own business.

Despite active growth in the advertising business and regular participation in major international projects, he decided to quit this area and return to the music industry - in 2019 he started to work with Warner Music Russia as a design studio.

In early 2020 he launched his project as an artist.

The Brooxxy's debut video had more than 100K views on VK, and the demos of its upcoming tracks were well-rated by specialists of the major label Warner Music Group.

The story of Brooxxy is the story of a simple guy who started from nothing. He failed a lot of times, but never abandoned his dream. Each of his steps is a desire to prove that a single person is capable of much more than he is used to thinking about himself. And the "Brooxxy" is a big trip for a great Dream.
www.instagram.com/brooxxy/
www.facebook.com/brooxxy
www.youtube.com/channel/UCXG2fa227xpjlxssTuzmd4g