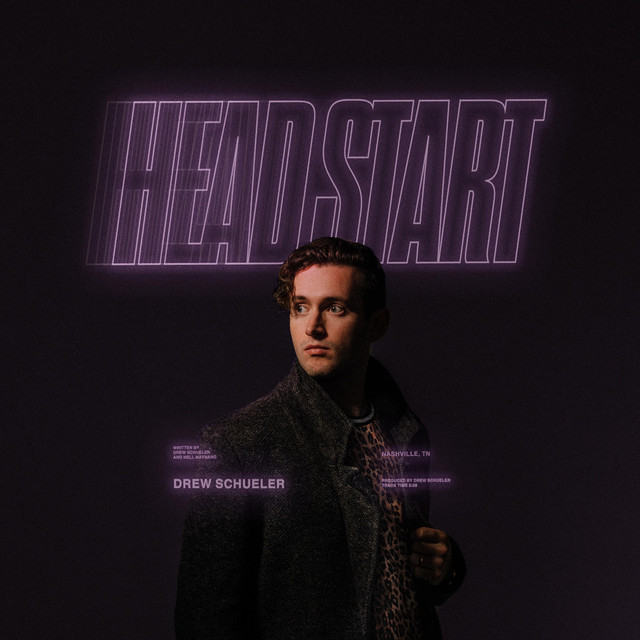 A heart-wrenching ballad from "Emerging Nashville pop artist, Drew Schueler, returns with a heart wrenching ballad, ‘Head Start’. His previous release ‘Can’t Say (Word Like That)’ had support from POPMUZIK, Global Media Blog, WKNY Radio Kingston, MMRadio London, Caribbean Broadcast Network & more. It was also a top 10 finalist in the NSAI Song Contest & is currently #7 on the all time Pop charts on SubmitHub. His recent collab ‘View’ with Addy Ace & Vic Roz has over 850,000 streams on Spotify and 100%,000 plays on YouTube.

The Nashville-based pop artist is known for weaving catchy melodies with a vocal delivery in a similar fashion of Lauv, Jon Bellion, and Justin Bieber. His talents are being recognized as he continues to write, produce, and perform all of his releases with excellence. Can’t Say (Word Like That) is already charting in the top 10 of all genres on SubmitHub.

Drew continues to impress with live show performances, opening up for artists like The Mowgli’s and St. Lucia, as well as landing a few TV spots. In 2017, Schueler toured most of Europe with Rag‘n’Bone Man as a musician playing for the opening artist [previously known as “Betti”] and has also toured playing keys for Riley Clemmons.

Looking forward to the rest of 2020 , Drew has plans to release more music, expanding his sound and giving listeners a deeper look into his introspective personality.
www.drewschueler.com/