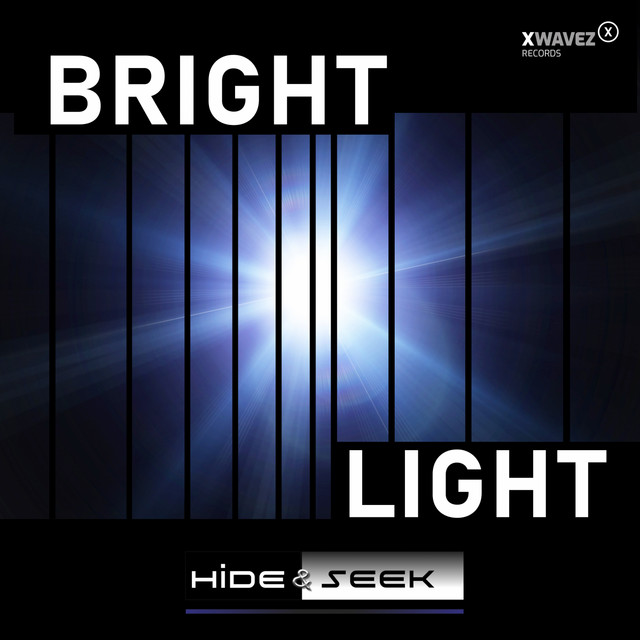 Hard trance at its best with the debut single of the English-Dutch duo HIDE & SEEK, release quickly its dancefloor energy with lush euphoric harmonies and driving grooves keeping your interesting into max until the end.

They team up through their love of music, and a few mutual friends. And after long conversations, trowing ideas around, they decided to form the duo : HIDE & SEEK

Their combined Style can only be described as : “Uplifting and euphoric Trance & Progressive style” With a bit that late “90’s early 2000’s feel” and vibe to their sound. Expect nothing short of hands in the air feel good melodic productions and driving Basslines from this exciting new duo, as they are set to make big waves in 2019.

Simon Kaye is an exciting and versatile DJ and Producer. His pure energy and creativity in his productions and DJ sets has left crowds all over the world begging for more.. From uplifting riffs to driving basslines and his ability to read a crowd so well, his DJ sets are always unpredictable but never disappointing and it’s this element of surprise that is quickly making him a name to look out for in 2020.

In the past 23 years in which Simon Started DJ ing and producing he has been fortunate to play some of the biggest clubs and club nights in the world from Gatecrasher, Goodgreef, Scream, Pukka Up, Syndicate Sessions, Hed Kandi and Slinky in the UK to Eden, Ibiza, Yes superclub in Guangzhou,China, Pacha in Mainland Spain, Kadoc in Portugal, White Beach in Egypt and Superclub Allure in Abu Dhabi to name a few.

Simon moved to Abu Dhabi in the summer of 2010 for a change of scenery and he made a big impact on the House scene over there. Simon landed regular slots at Club Rush on Yas Island for Hed Kandi, Defected and House Society events, BPM parties on Al Maya island, Estrella Beach party and he even headlined alongside Boy George in Abu Dhabi’s no.1 club Allure during the F1 race weekend in 2011.

In 2012 he moved back to the UK and his hometown of Bristol and began to focus more on his music production as well as landing some DJ residencies locally to himself. He continued to release music under various names on different labels and of different Genres.

In 2017 he was fortunate enough to get booked for one of his dream gigs, Glastonbury Festival in which he played on the Main Stage in the Silver Hayes arena to over 10,000 people. In 2019 he started a new Trance project alongside his good friend Kees Biemans (B-MEN) from the Netherlands and together they became “HIDE & SEEK”. Now in 2020 Simon is dedicating all his time to music production and remixes with Kees with the hope of filling his diary with International DJ bookings once again in 2021.

B-MEN is a dance producer from the Netherlands, working in his own studio, making tracks and remixes. In the past he worked with 2 Unlimited, Klubbheads, DJ Rob, Brad Grobler, Jim Vagen, Mark Otten, Jaydee, and Tiesto to name a few… Also did remix jobs for these guy’s and others.

After a break for some years, doing different things, he again picked up producing “just for the fun” in his spare time. Fully updated his studio setup, changed to Logic (Mac) and started to produce and “learn” again what the sounds and tunes are in the “new dance scene”.

Going to Mysteryland and ADE did the job for him! After a some time the tracks he produced were picked up by some (old) music friends, labels and dance lovers all over the internet. The feedback was really good!
www.instagram.com/hide_and_seek_official/