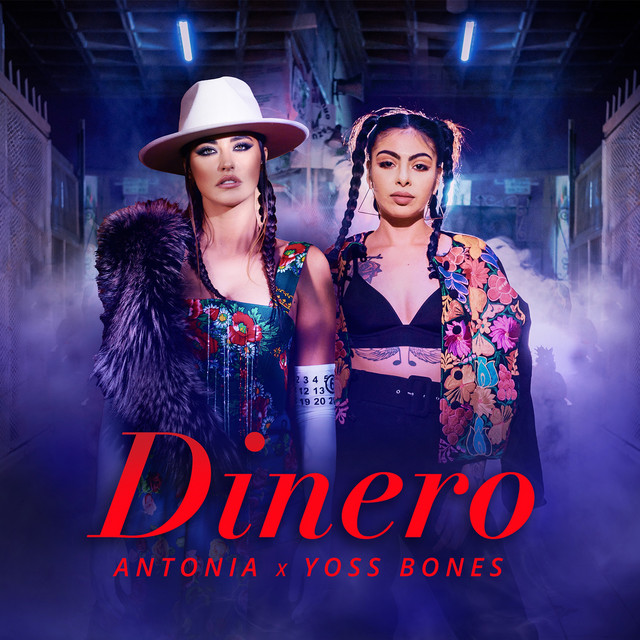 “-Dinero- is a unique hit in the Latin music scene for this year. Qualitative symbiosis of genres such as salsa and samba, a little hot tango and reggae. Also the Vocals of -Yoss Bones- do not leave anyone indifferent.”

The iconic, music-awarded and beautiful artist, Antonia is back with her newest hottest latino track! Last year has been an amazing one for Antonia as she released numerous hits, such as "Rebound" (2.3m+ views Youtube), "Lie I Tell Myself" (800k Spotify streams) and this year's popular single "Taifun" (1.7M+ views Youtube). "Dinero" is that catchy tune that takes you to the dancefloor and spices up the vibe. The mixture of styles between Antonia’s sexy voice and Yoss Bones’ urban side has already received amazing radio feedback & a promising campaign that keeps the fans hyped up for the newest release. Yoss Bones (over 1M monthly listeners on Spotify, ~500k subs Youtube & Instagram) is a singer originally from Salamanca, Guanajuato that focuses on Hip Hop, Rap and R&B as main genres. She started her music career at a very young age and has been very well received by the public, her music evolution and growth in the hip-hop scene being quickly noticed.

Antonia is a fresh, cool artist with a great voice, amazing style and impressive live acts. She grew up in the U.S.A. where she took music classes. Antonia has been singing since she was 10 years old. Considered one of the most beautiful and talented females in Romania, Antonia is one of the greatest artists with an ascending career, songs on radio charts, concerts all over the country and abroad - Dubai, Turkey, Canada, Monaco.

She released over 15 singles and her top album is "This is Antonia". Antonia released this year ”Como ¡Ay!”, a Spanish track with a cool and fresh sound, written by Minelli and Spania 99 and ”Muți”, with a video shot in her house during the quarantine.