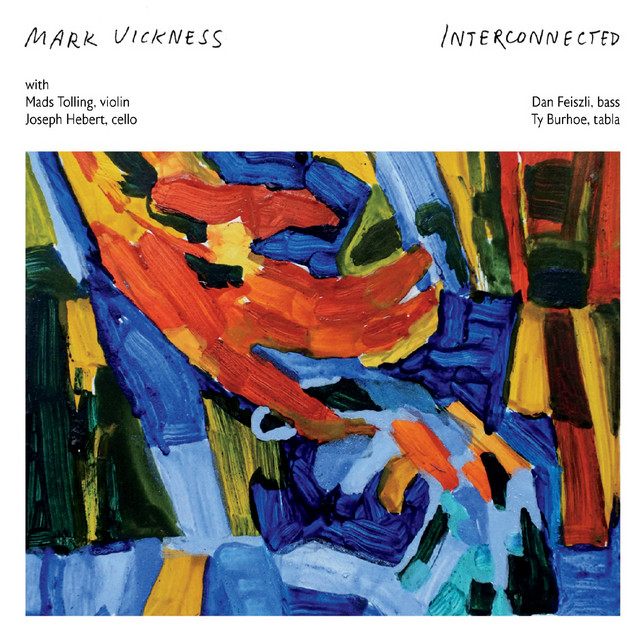 “-Mark Vickness- with his song -Grek Skye- , the #2 installment on his new album -Interconnected, offer us a beautiful acoustic guitar experience with sound clarity which tickles listener ear and bring him in a calm mood. ”

A totally unique artistic vision, Mark Vickness Interconnected approach musical creation as a solemn opportunity to express the interconnectedness of humanity, and of all things, through the universal language of music.

Together these musicians express a fiery, original vision of Instrumental Acoustic Fusion music. About the unique musical approach, Mark says "The ensemble is a perfect vehicle for connecting different styles, eras and cultures."

The material on Interconnected was born of deep reflection on the inner workings of life; childhood traumas, modern struggle, simple joys, profound sadness, lived wisdom and the joy of awareness. Interconnected is #outnow

Quote From the Artist:

"The music on this recording is intended to convey interconnectedness, the reality that we live in an interconnected, interdependent world, that we are all one human race. Instrumental music is an ideal means of expressing this because it is a universal language. This ensemble is comprised of musicians who are capable of a wide range of styles from different cultures and different eras. I worked hard to write this music with interconnectedness in mind, within each piece individually and in the relationships between the pieces themselves. Some of the pieces on Interconnected come from a deeply personal place. For Every Child was written for every person who has either experienced or known someone who has gone through the trauma of losing their innocence to childhood sexual abuse as I did before age ten. One Day Over A Thousand is dedicated to all those who lost their lives to Covid-19, and to my dear friend Holli Ross, who died while this piece was being written."

Mark Vickness began his musical training on piano at age six. The road from there to the composer/modern fingerstyle guitarist he is today included a bachelor's and master's degree in composition, studies in classical piano, guitar, sitar and tabla, years as a performing jazz guitarist, composer and arranger, several film scores and three decades of recording and performing as the instrumental half of the acoustic fusion duo, Glass House which has released three CD's, two EPs and a host of widely viewed YouTube videos. Mark's performing experience spans a huge range of genres from free improv to West African drum and dance ensembles, from Motown and funk bands to big band jazz and orchestral conducting. Schooled in composition by Pulitzer Prize winning composer, Mel Powell, Mark has recorded and performed with world renowned musicians including two time Grammy winners, The Turtle Island String Quartet, legendary bassist, Michael Manring, and guitarists Alex DiGrassi and Don Ross.