Mob Rich – Made To Fall (Spotify)

Mob Rich – Made To Fall
(Spotify) 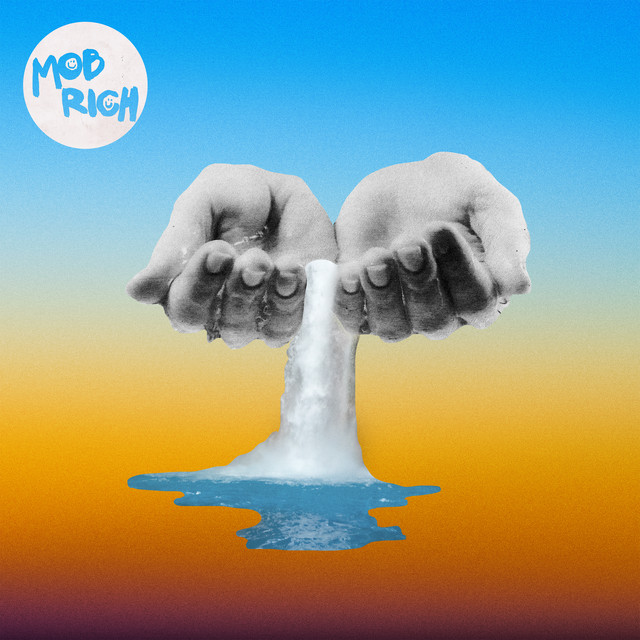 “Quite strong song with huge inspiration from life aspects and everyday issues, which almost all have to face. To be released very soon in the debut album of "Mob Rich", we can already consider it a successful piece of work.”

Alt-pop duo Mob Rich gifts their fans with a new song, “Made To Fall,” ahead of their debut album release next month—listen HERE.
mobrich.lnk.to/MadeToFallPR

“Made To Fall” is the latest track to be released ahead of Why No Why on May 14th—pre-order the album now HERE.
mobrich.lnk.to/WhyNoWhyPR

On “Made To Fall,” Mob Rich grapples with existential thoughts and questions that so many people can relate to – something that has become signature in their songwriting – making life’s big questions seem more relatable and easier to talk about.

Mob Rich says, “This song is a result of so many conversations we’ve had with each other about our fears and doubts as we navigate our lives. It’s really about the questions of whether we start out flawed and pre-disposed towards certain pathways and behavior or whether we break along the way. While we both think that the truth lies somewhere in between those two things, this song is a result of us sitting with that question and trying to come up with the answer for ourselves.”

Earlier this spring, the duo dropped their first two singles off the album, “Everything and Nothing” and “Hell Yeah.” Beyond The Stage Magazine declared, “Mob Rich got us feeling like a million bucks with this new, bouncy track,” while Gig Goer described the music as “a slick blend of melancholy pop” and Mystic Sons called it “pop-rock delight.”

Mob Rich has amassed over 50 million-plus streams to date and received praise from Billboard, Funny Or Die, Noisey, Alt Press, Ones To Watch, and many more, with People recently proclaiming, “Mob Rich are creating ‘new anthems for the outcast.’” Following their album release this spring, the band will return to live touring this fall—first up is Life Is Beautiful Music & Art Festival in Las Vegas this September with more festivals and dates to be announced soon.

The music of Mob Rich (formerly Moby Rich) is an invitation. As much as the alt-pop duo’s sound owes to the specific otherworldly chemistry shared by Los Angeles transplants Maxwell Joseph and Connor Pledger, the charming melancholy, adventurous soundscapes, and big hooks they conjure are built for everyone. Mob Rich makes intimate and bold music destined to build a broader community with kindred spirits. These are new anthems for the outcast. The band’s full-length debut, Why No Why, is a collection of conversations in musical form, draped in an effervescent atmosphere. Careening between wry observations and sharply optimistic affirmations, Mob Rich demonstrates a commitment to artistic authenticity on the record, on the stage, and screens big and small. Straightforward hooks, with flourishes of grand theatricality, collide with existential themes and joyful whimsy. As people and musicians, Connor and Maxwell examine humankind’s inherent need for belonging, the seemingly overwhelming obstacles of anxiety and depression, and feelings of ostracization and “otherness.” The confessional nature of Mob Rich’s songs, combined with darkly comedic self-awareness, is immersive and pure. Substream Magazine observed, “there’s both a carefree attitude and some serious life discussions peppered in.” Emotional honesty and a keen sense of humor are vital pieces of the Mob Rich puzzle. The duo draws favorable comparisons to Tame Impala and early MGMT. A rhythmic punch like TØP and a swagger akin to Oasis intermingle in Mob Rich. They count Grandson, Broods, and Bishop Briggs among their collaborators and comrades. Already a staple of tastemaker playlists and radio formats with buzzing singles “Get High” and “Yoko Ono,” Mob Rich joined the Republic Records roster via the seasoned A&R maverick behind Ariana Grande and The Weeknd. Big bass and bigger drums are almost always part of the soundscape, with rich diversity built over the top of it. It was inevitable that, given the bond forged by Maxwell and Connor, Mob Rich would explore duality. They’re optimistic that the comfort and confidence they’ve found in shared strengths and complementary differences will provoke and inspire. It’s a phenomenon they’ve already witnessed in their short career and hope to expand.